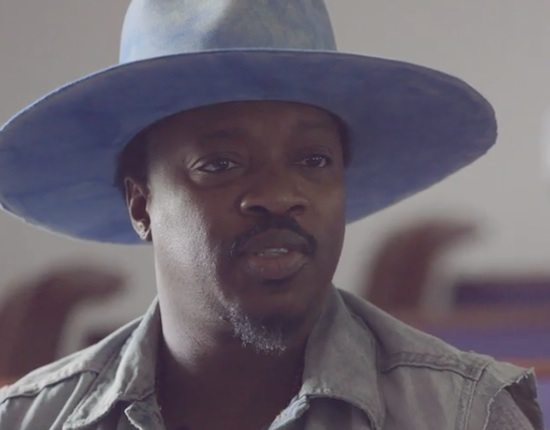 If you've never been down south before, let soulful crooner Anthony Hamilton give you a tour. The Charlotte, North Carolina native has given NPR's Jason King a glimpse of his hometown in the latest episode of the music documentary series Noteworthy. The majority of the interview takes place in a church pew, where AHam reminisces about his beginnings in Charlotte's New Shiloh Baptist Church choir. Perhaps one of the most endearing moments of the interview happens when an elder church pastor comes out to greet Anthony mid-interview, later saying "I'm a preacher now, but I still love your music."

Speaking of the church, Anthony delves into what makes a voice soulful, his battle between religion and singing love songs, and the origins of his music. He even touches on his recent divorce. Anthony later gives King a tour of the city, going to another place that shaped his voice: The barbershop. Back in the day, Anthony was known as the singing barber and would give you a mean cut with a little harmony on the side. While walking down memory lane with the singer, it's only right that The Hamiltones are in tow, singing soulful ditties while hanging out in the church and the barbershop.

When you watch Hamilton's episode of Noteworthy, you'll feel like you're right at home with the singer as he opens up and lets you into his hometown. NPR's Noteworthy has featured Miguel, Maxwell, British singer Dua Lipa, BANKS, Alicia Keys and now our beloved AHam. To find out more about the series, visit NPR's Noteworthy website. Judging from who we've seen profiled so far, we can't wait to see who will bare their soul next. Until then, press play on Anthony's episode and get into all of the southern-fried soul food he serves up when you press play.