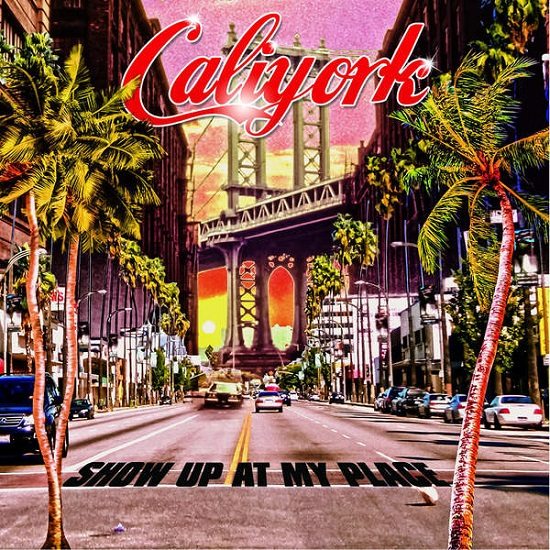 What do you get when you combine Austin Brown's West Coast musical style with legendary DJ Tony Touch's East Coast sensibilities? Straight up heat, that's what. The Jackson family musical heir has teamed with the NYC-based legend for a brand new group project called Caliyork — and if that alone didn't automatically grab your attention, then once you take a listen to the pair's first single together, your interest will definitely be piqued.

"Show Up At My Place" finds Austin exuding his Cali cool as he delivers verses in a breathy flow over Tony Touch's mellow, New York-style production that evokes the classic sound of '90s hip-hop and R&B. Floating Rhodes keys bump against hard-hitting drums and well-timed scratches, making way for Austin to ponder what could happen after one night between the sheets. "I wonder why, when it's 3 o'clock at night / If you'll call me back, will you call me back or will you show up at my place?" he croons as those signature Jackson backing vocals™ take the song even higher. Then, as if things couldn't get any better, Tony inserts a short-but-sweet break near the middle of the track which finds him showing of his cutting and scratching skills while blending Austin's vocals with other vocal samples before letting the groove take its natural course.

Could this be the start of something big? We think so, and you will too when you give the song a spin below. Once you've played it a few hundred times, show the new duo some love by picking up the single on iTunes.