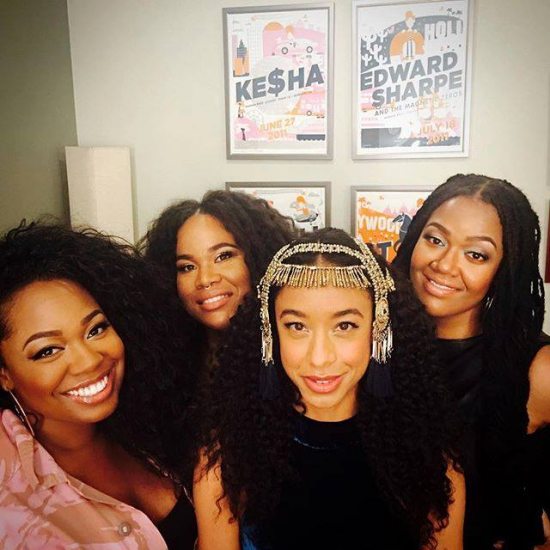 Corinne Bailey Rae has been crisscrossing the U.S. touring to support her latest album, The Heart Speaks In Whispers. But even with her extra busy schedule, she's still found time to stop and make a few television appearances here and there. Her appearance on Conan this week, however, was probably one of her most special performances to date. Why, you ask? Because she was backed by the mellifluous harmonies of KING — who actually contributed quite a bit to Corinne's latest project — as she performed her sensual track "Green Aphrodisiac."

The ever-stylish Corinne worked a black velvet jumpsuit and an ornate headpiece as she delivered the romantic number, looking like a bronze goddess. KING, meanwhile, draped themselves in red, flowing silk robes as they delivered pitch perfect harmonies and the song's sumptuous groove. After delivering the velvet-y smooth jam, the audience rightfully gave them praise, with host Conan O'Brien remarking on the song's breathtaking beauty. And being that this was late night, the bedroom-ready number was likely well-received by those at home as well.

Since the treat of seeing Corinne perform live with KING is one that can't often be repeated on stage, we suggest that you savor this moment multiple times in the Facebook video below. And if you want to see when Corinne's tour will be headed your way, head to her website. 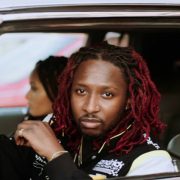 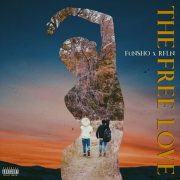