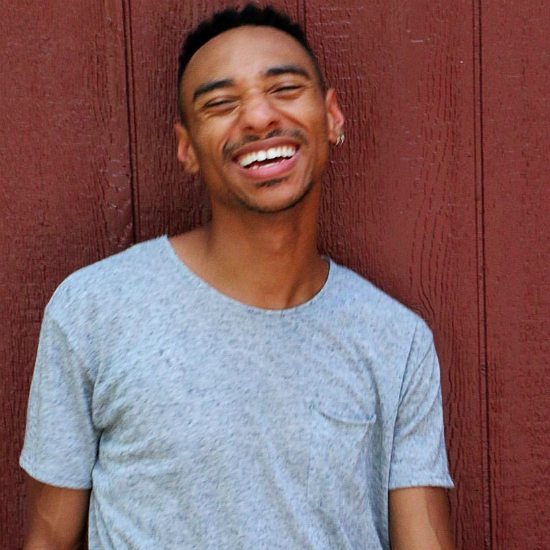 There's a certain level of tact and talent required to turn a viral video into a soulful ditty, and Durand Bernarr proves that he possesses both. In his latest musical experiment, Durand plays with the "WTF You Lyin'" audio made famous by comedian Nicholas Fraser last summer. The viral video, which had us singing "mmmm ho my gawd" for months, gets a soulful spin under the direction of Durand and the assistance of The Internet's bass player Patrick Paige II.

The single starts with a few seconds of the original audio, and then segues into Durand singing the popular hook with the sweetest f-bombs you've ever heard. Durand is not playing with you, however, as he sings, "Why you gotta lie, what you gotta hide?" over beautiful keys. With his multi-layered harmonies and smooth vocals, this song will get stuck in your head and force you to fess up whether you were lying or not. We only get two-and-a-half minutes of the infectious single, and Durand makes every second count when he drops a few sultry bars at the end of the song.

When he's not slaying stages across the country with his solo shows or playing background vocalist to Erykah Badu, Mr. Bernarr is giving us life and laughter through his music. We recently premiered his latest single "Fly On the Wall," which we expect to see on his upcoming Soundcheck EP, and while he has great original content, Durand is not one to shy away from covers. You can hear tracks like his soulful cover of Beyoncé's "Sorry," his gospel-inspired cover of Pharrell Williams' "Happy"  and the sultry Teedra Moses cut "R U 4Real" over on his SoundCloud. If you want to experience him live, you can peruse Durand's latest tour dates on his Facebook page. Until then, how about you keep it real and listen to Durand's version of "WTF You Lyin'" right here.