Emeli Sandé Sings Of A Sweet Pain On ‘Hurts’ 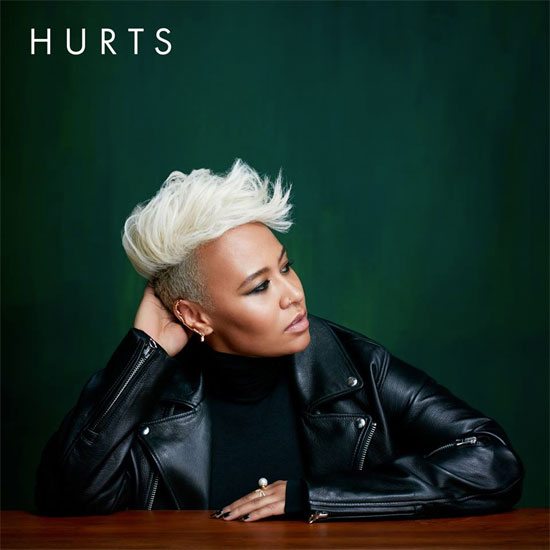 The crescendo of rousing guitar chords and drum lines lay the foundation. Each word quivers a bit, yet the tone of her voice is commanding and unwavering. So begins new single, “Hurts,” from Emeli Sandé, telling the story of love gone wrong in a way that only she can. At the point where one must admit vulnerability, she declares, “Baby, I’m not made of stone, it hurts / Loving you the way I do, it hurts.” The track literally explodes, blending anger, desire and a bit of desperation. It's a sweet, almost perfect pain.

“It felt like everything I’d avoided saying for so long,” the Scottish beauty says of the first single from her second album, Long Live the Angels. “It’s everything I wish I’d said years and years ago.” It's better late than never to hear Sandé finally share these feelings on "Hurts," produced and co-written by Mac & Phil.

It’s been four long years since Emeli Sandé's first album, Our Version of Events, debuted in 2012 and sold more than four million copies worldwide. Her highly anticipated sophomore collection features production from Jay Electronica, Johnny Coffer and Mojam and guest spots from Jay Elec, Áine Zion, Joel Sande and The Serenje Choir, and it captures the energy, liberation and euphoria Sandé is experiencing. She says, "I'm proud of my first album and thankful for the experiences it gave me. But I'm so much happier with my new album and with where I am in life."

Hear Emeli pour out her heart on "Hurts" and peruse Long Live the Angels' tracklist below. The 15-track album will be released on November 11th, and all iTunes pre-orders can get an instant download of the single. If this track is any indication of the soul and power behind her new album, Sandé-starved fans will definitely get their fix.