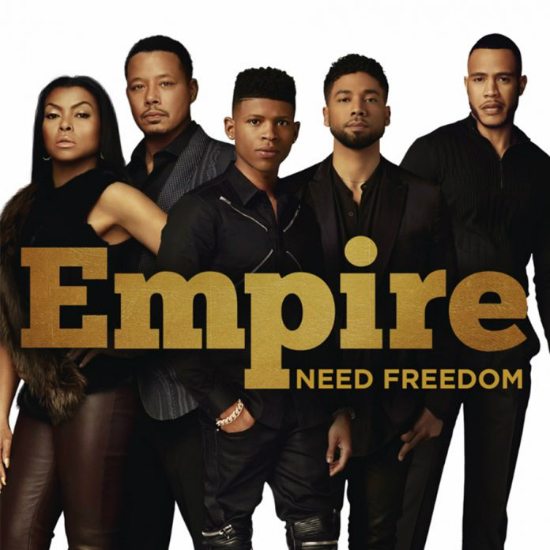 Part of the magic of television’s favorite family drama, Empire, was not only the crazy plots but the equally entertaining music. Executive produced by Timbaland, the first season of the show was filled with radio-friendly jams, such as the head-scratching earworm and head banger "Drip Drop." Unfortunately, like the show’s plots, the second season’s musical output left much to be desired. Timbaland protégé Jim Beanz moved on to other projects, and beyond “Look but Don’t Touch” by Serayah (Empire character Tiana), most of the songs from the sophomore season were dead on arrival. However, the third season offers the show a chance to return to its former glory. Super producer and Timbaland rival Rodney Jerkins, who’s produced hits for everyone from Mary J. Blige to Jennifer Lopez, has replaced Timbo as the supervising music producer and he's crafted a song with Jussie Smollett, who plays Jamal Lyon, that gives us renewed faith in the prime time sitcom’s ability to churn out good music.

“Need Freedom” is a song about the state of the black community, inspired by the great conscious music of the '70s. Taking inspiration from soul masters such as Curtis Mayfield and Marvin Gaye, the song is a stirring cacophony of live instrumentation, along with simple but moving lyrics such as, “We’ve gotta make it better / Something gotta make a change / The world needs your voice just to make it through the rain.” Speaking of voices, Jussie’s straining alto might be the one downside to the track. While he gives it the old college try, the song finds the singer/songwriter venturing a little too far outside of his depth at times. However, while Jussie's version is okay, another version by Sierra McClain is giving us what we need. Playing the new character Nessa, Lucious Lyon's latest protégé, her mellow voice shows up, shows out and helps the song live up to its full potential. Could this song be a plot device for a rivalry between the two singers? If so... sorry, Jamal.

When Empire returns to our television screens on Wednesday, September 21st, you can expect to get an earful of “Need Freedom,” along with a few other new songs from the cast. While the quality of the show may still be in question, “Need Freedom” gives us hope the music might be improving. Take a listen and let us know if you’re ready to join the movement for Empire's third season.