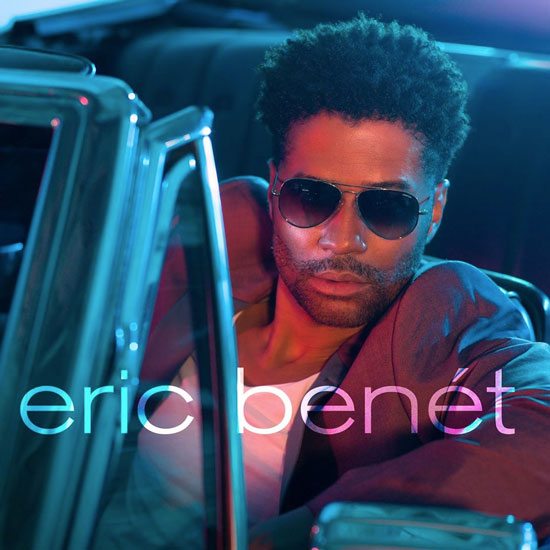 We don't know what you have planned for next month, but Eric Benét is about to have his best October ever. The consistently good crooner has some big things coming up, including a major tour, a milestone birthday and, most importantly, a highly-anticipated new album.

As previously reported, Benét will be joining Lalah Hathaway and Anthony Hamilton on the What I'm Feelin' Tour, which is going to be an epic soul extravaganza. These three headliners hit the road starting on October 6th and will be making their way across the U.S. throughout the fall with more tour dates to be announced.

While Eric is on tour, he will celebrate his 50th birthday on October 15th. Yes, this man is turning 50 in a matter of weeks and looking as fine as ever. We don't know what his secret is, but we suspect good genes, good living and good loving have a lot to do with his youthful vigor.

The best date of all, though, is wedged in between the tour starting and turning #50Fine. October 7th will see the release of Eric's eighth studio album, simply titled eric benét. The collection contains a lucky 13 songs, including first single "Sunshine" and the sexy sweet duet, "Sunshine Remix" featuring Tamia. The only other special guest on the album is MC Lyte who spits a few fire bars on the track "Holding On." Otherwise, this album is all Eric Benét (which may explain why it's self-titled) and all about adding more timeless, soulful R&B classics to his catalog.

Eric Benét fans, mark your calendars with all of these important dates and get ready for Erictober.