Kiah Victoria Is Anything But ‘Hollow’ 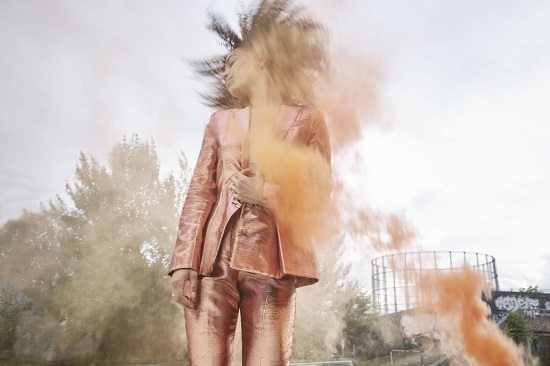 Some events in life remind us that we only have this one life to live, so we’d better make the most of it. For Kiah Victoria, the 2015 terror attack in Paris was such an event. “Everything still felt super surreal and hopeless and I wanted to capture that. I also wanted to make something joy giving,” she says of the inspiration behind her latest single, "Hollow." It’s safe to say that this mission was accomplished, as her unflinching vocals stand up to energetic drums and beautifully placed piano chords. Resilient lyrics proclaim that “it’s all temporary” and “it’s our cross to carry.”

Though "Hollow" is the first release from her debut EP, Everybody, the New York native has already established herself as a real force with staying power. With a role in Broadway's The Lion King and an appearance in Jay Z’s short film Picasso Baby, Kiah has displayed the diversity and authenticity of her talent. Through her music, on previous tracks "Cold War" and "I Ain’t Goin Nowhere," she demands attention with a signature sound and penetrating lyrics that inspire and incite. We’re excited for the September 23rd release of Everybody to see what she has in store for everyone.


TAGS:  audio, jay-z, Kiah Victoria
Previous: Sevyn Streeter Has Nothin’ But ‘Love For You’ Next: Kindred The Family Soul Uplifts Our Hearts & Our Spirits On ‘Legacy Of Love’