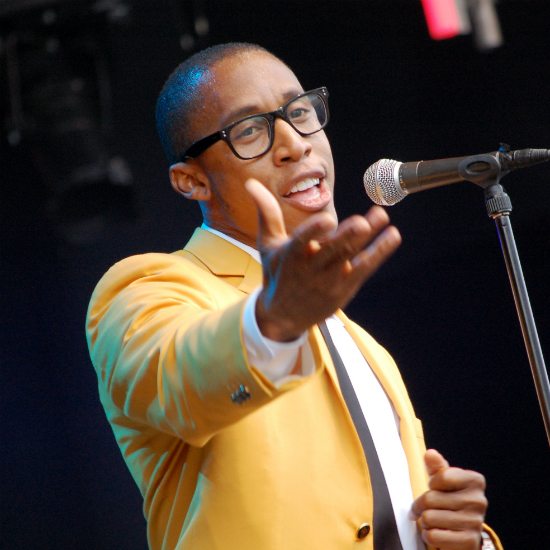 Earlier this year, SoulBounce made a list of artists who need to release new albums in 2016. While there were a number of stars who came through with new projects, including Maxwell, Fantasia and even Tigallerro from Phonte Coleman and Eric Roberson, there are a few artists who only work on their schedule. One such artist is singer/songwriter/legend Raphael Saadiq. The former Tony! Toni! Toné! frontman promised a new album in 2015, then again in 2016 in a now deleted Instagram post. He’s since returned to Instagram to say that March 2017 is the tentative release date for Ray Ray 2. While Ray Ray has led us astray before, we have hope that he might be on the up and up this time.

No, he hasn’t released a new single in anticipation of the album. That would be too much like right. Instead, Mr. Saadiq has reached down into his bag of lost tapes and shared a new old gem with us, the curiously titled, “Ray Ray 94th Show Me.” Over a laid back groove composed of bass, kick drums, synths and a few guitar licks, Saadiq encourages the object of his affection to share her feelings with him. The subtle harmonies and ad libs by Jane Handcock add another dimension to the song, turning it into a lush song perfect for cruising along with your baby. The track reminds us of everything we’ve come to know and love about the performer and why we’re so in our feelings about his next project.

While Raphael Saadiq has quelled our curiosity by releasing the track via his SoundCloud ghost town and even giving us another album release date, we’re still left with more questions than answers. What does 94th mean? Is it the 94th track recorded for his album Ray Ray? Is it one of the 10 lost tracks from the Pookie’s Blue Room album he produced with Steve Spacek? At the end he mentions that the name of his next album will be The Inevitable Me, so is that the album title or is it Ray Ray 2? Of course, instead of scratching our heads trying to figure out Mr. Saadiq, we’re going to just sit back, hit play and enjoy the smooth taste of this engrossing lost track. You should do the same.