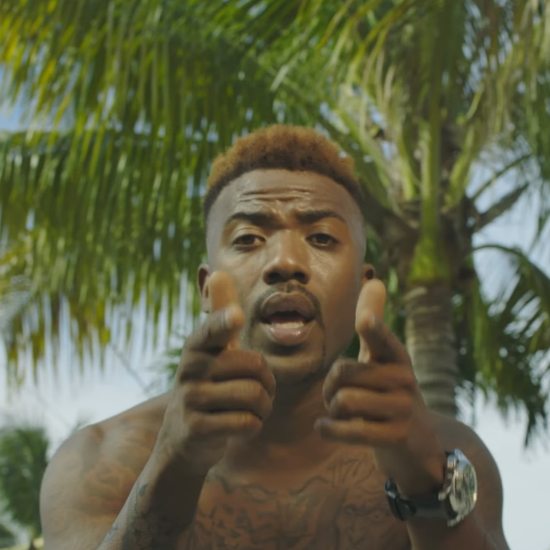 Now that Ray J's found love, everyone's going to know about it. Last year we saw the R&B singer/reality TV star profess his love by proposing to Love & Hip Hop Hollywood castmate Princess Love, and this year the two jumped the broom. Since they're officially wed, Ray J is going back to his R&B roots, dropping the visuals to his latest single "Be With You." In the video, the singer is riding around California in his Lamborghini, thinking about Princess. He sings, "To me you're more than perfect/ I swear to God you're worth it / You grab the wheel when you see me swerving/ Oh I, sometimes I lose hope / I lose focus yeah, but i promise your heart won't be broken/ I'm all in for you, girl/ Like, this forever, I'll give you the world."

Using his signature raspy tone in the ballad, the single is nothing new but still worth listening to — especially if you can relate. It looks like Ray J may be riding on his latest buzz after Kanye West dropped his name during the 2016 MTV Video Music Awards or he's really just in love and wants us to see it. Whatever the case may be, "Be With You" is Ray J's latest single from his upcoming album Raydemption, which we can expect at the end of October. Until then, watch his latest proclamation of love to his wife Princess in the visuals for "Be With You" below.