Sevyn Streeter Has Nothin’ But ‘Love For You’ 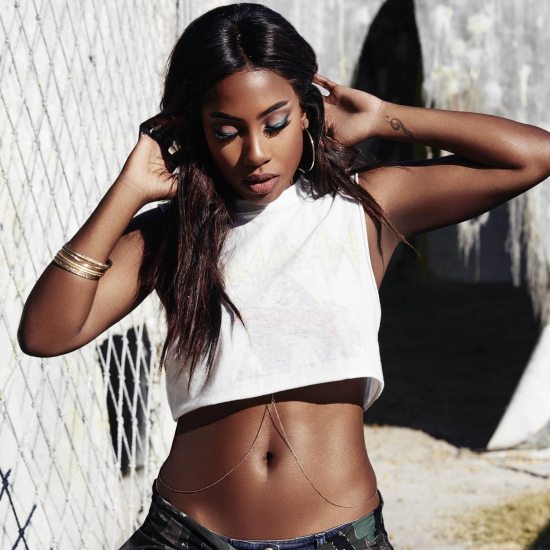 Our girl Sevyn Streeter has been on the verge for quite a while and now it looks like she's finally ready to break through. Her debut full-length album, Girl Interrupted, is set to arrive at the top of next year and she's even made a step toward getting her SAG card with a role in the recent TV One original film Ringside. Oh, and she's releasing new music left and right. Last we checked in, she dropped the single and video for her song "Prolly." After taking us to the club for that one, she's taking us to the bedroom with her latest jam, "My Love For You."

Wavy synths, bumping 808s and stuttering programmed drums set the mood as Sevyn sings to a suitor, letting him know that she's storing up her love just for him. She coos as she sets the scene on the verses, explaining that while all of these dudes might try to holla, only her man gives her what she's missing. There's something about Sevyn's sweet vocal and the slow-burning instrumental paired with the harder-eged romantic lyrics of modern R&B that just works in the singer's favor, even when it comes off as contrived or forced for other singers in the same lane. Maybe it's just that Sevyn touch. With the release of the album drawing closer, let's hope that touch translates to success.


TAGS:  audio, Sevyn Streeter
Previous: Morning Soul: If You Want Me You Can Find Me In The A Next: Kiah Victoria Is Anything But ‘Hollow’