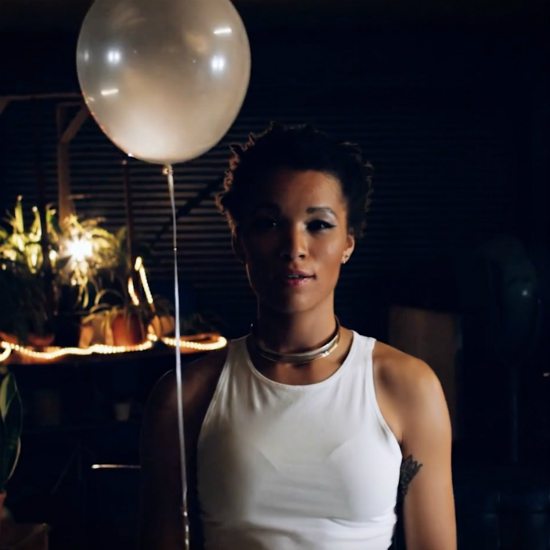 Brit Manor has a knack for bringing the joy and the pain with her alternative jazz soul sound. Think Lalah Hathaway by way of Annie Lennox. Formerly known as Brit Laurén (she sings on "Get You Some," which was featured in Orange Is the New Black), she unleashes her personal experiences in clever ways that can put you in your feelings, but is also very cathartic and freeing. Take her latest project, Only Child. Working with college friend and wunderkind producer Captain Planet, the Red Bull Academy alum has crafted an amazing mini-album informed by her childhood experiences. SoulBounce has the pleasure of sharing the exclusive premiere of the video for the title track of the project, a brooding ballad that brings Manor’s full musical powers forthright. The video manages to capture the same feeling of that song, including the pain, frustration and even the beauty of moving on with your life despite your past.

“Only Child” is a clever, if uneasy song about growing up in spite of your upbringing. Over a mellow groove of drums, bass guitar licks and synths, Brit lays her childhood experiences bare. The song could be best summed up by the refrain in reference to her father’s ghost-like appearance in her life: “You come and go like the others / So I’ll raise myself and move forward.” Unfortunately, our parents will always be our parents and blood will always be blood, though we’d love to redraw the lines of our family tree. It’s a very brave and therapeutic song that seems not only sanguine for the artist, but cathartic to her audience.

The video for “Only Child,” directed by Aristides Zamora, is a simple yet inventive visual. Brit sits on the couch of an apartment while her balloons attach themselves to her locks, changing colors like a mood ring and weighing her down instead of lifting her up, until she is finally free of pain and regret and able to hold on to the good things while moving on from the bad.

In addition to exploring her childhood, Brit Manor also delves into other experiences from her twenties, including depression, womanhood and reincarnation, among other themes. If Brit is getting into your feelings with “Only Child,” we encourage you to purchase her mini-album, which is available for purchase on Bandcamp. If you're in or near Los Angeles, you can also see Ms. Manor up close and personal on Sunday, September 18th at the Ford Theater performing with Captain Planet, along with Chloe x Halle, Jungle Fire, Mark de Clive-Lowe, Nia Andrews and others at the Common Culture: Across the Water event. If you won’t be in the LA area for the show, you can always follow this talented emerging talent on Facebook. Until then, get into the amazing video for “Only Child.”