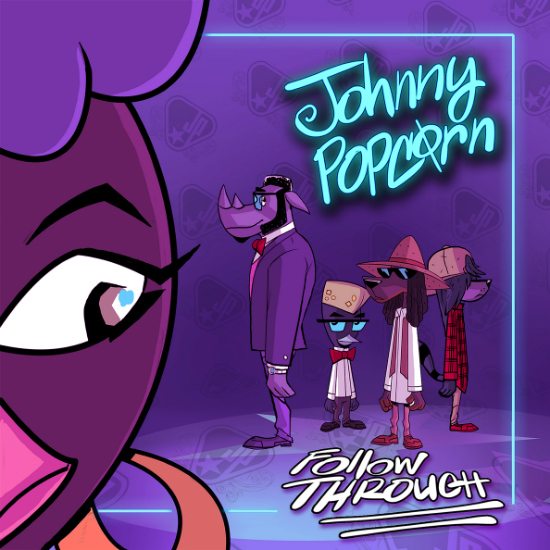 Philadelphia's five-piece band Johnny Popcorn is gearing up for the release of their second LP entitled Totem Pole on September 30th. The pop/rock/soul/hip hop fusion outfit are known for their spicy blend of those various styles in their music. However, on the latest listen from their upcoming project the group is delivering pure funk on the song "Follow Through," which SoulBounce is delighted to world premiere today.

Co-founding member and male lead vocalist Hezekiah takes a backseat here and gives female lead vocalist Jani Coral free reign to do her thing. She makes sure to put it down with her slightly raspy vocals over a lively soundbed of driving synths, guitar licks and slick percussion laid down by fellow band members Lloyd Alexander, Freshie and Clayton Crothers. Listening to this track, it's evident that Johnny Popcorn was heavily influenced by Prince and the '80s Minneapolis sound that he created. This song is dripping purple.

Aside from the purple haze surrounding this track, the lyrical content drops some major keys. The message is one of embracing your flaws, ignoring the haters and naysayers and walking in your purpose. "Might as well go get it / Let it go or follow through," Coral sings on the chorus, encouraging listeners to never give up and to go after what you want. Later in the song she repeats the refrain, "It's never too late," to drive the point home that there's no expiration date on your dreams.

If you're digging "Follow Through" as much as we are, then be sure to follow through and pre-order Totem Pole on iTunes or Bandcamp now in order to guarantee that this album is in your collection come September 30th. Keep up with all things hot and fresh from Johnny Popcorn by checking out their recently revamped official website and following the band on Facebook, Twitter and Instagram.