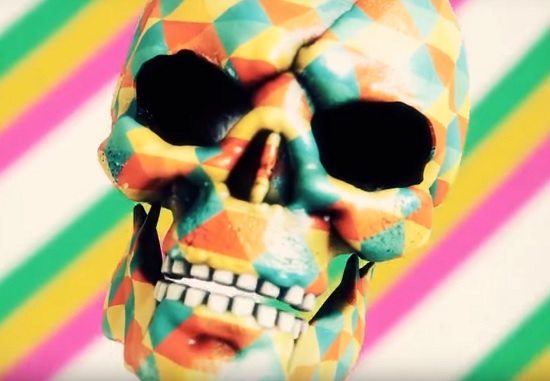 What do a wild-haired troll doll, disembodied googly eyes, glossy lips and multicolored talking skulls have in common? If we're being honest, absolutely nothing. Well, other than the fact that they all appear in the visuals for Bounce-Worthy producer Thane's song "Responsibilities," which also happens to feature SoulBounce favorites Anderson .Paak and BJ The Chicago Kid.

Directed by Kota Yamaji as part of the "Seeing Sounds" collaboration between Tokyo's BRDG visual collective and 88 Rising, the clip is a little...well...weird. That doesn't mean that it's not visually arrresting, however. Starting with a zooming close up of a big-eyed troll doll, the clip takes us into a candy-colored wonderland where lips mouth along to Anderson's raspy voice and eyes bounce around to and fro to the funky, blues-tinged number. Meanwhile, patterned skulls laugh and a pole of unattached legs sporting heels spins — basically its the visual equivalent of a really odd but surprisingly satisfying trip. Despite the fact that it has little to nothing to do with the actual song, which is about shirking one's responsibilities, it really is a trippy good time.

You can check out the eye-popping visuals below. Oh, and if you got caught slippin' and happened to miss when we premiered Thane's debut album Topia, no worries. You can still stream the album in its entirety right here.