The Weeknd Assassinates His Fame In ‘Starboy’ Visual 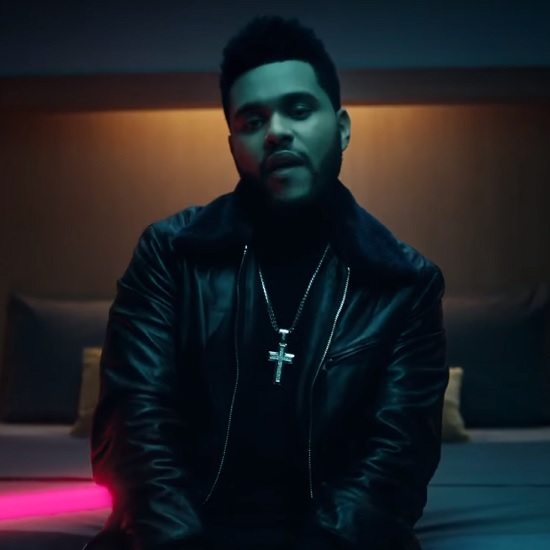 The Weeknd caused quite the stir last week when he unveiled the Daft Punk-produced title track and cover for his upcoming album, Starboy. Though the departure from the style and sound we'd come to expect from him took some getting used to, perhaps the most shocking revelation gleaned from the image was that the Canadian transplant had cut his signature freeform dreadlocks in favor of an asymmetrical hi-top look. Now, with The Weeknd releasing the single's new (and pretty dark) video, we get to see that the change up was only the beginning of his plan to introduce us to a wholly different side of him.

The clip opens inside an LA dwelling where The Weeknd, locs still intact, is tied to a chair and sitting across from a masked man. Soon, the goon gets up, slips a plastic bag over his head and then drops his lifeless body on the floor. While viewers wonder WTF they just watched, chords of "Starboy" start and the man removes his mask, revealing himself to be the new version of The Weeknd. He walks through the luxe mansion, brandishing a glowing red neon cross (very subtle), and begins tearing down everything in the joint. Platinum plaques, awards, closets full of expensive clothes, none of it is safe from Nu-Weeknd's havoc — or his Michael Jackson imitation — as it all either comes crashing down or goes up in flames. For his final act, Nu-Weeknd then steals one of the expensive foreign vehicles in the garage and goes for a joyride with a house cat that magically morphs into a black panther.

While we're not exactly sure what this symbolizes or where this new and even edgier version of The Weeknd is taking us, we do know it's going to be an interesting ride. Check out the clip for "Starboy" right here and stay tuned for more to come from The Weeknd's way in the lead up to the album's November 25th release.