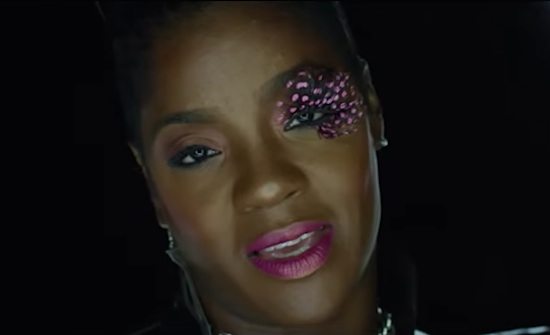 It's been a while since Bad Boy's first official girl group's '90s heyday, but that doesn't mean that the ladies of Total haven't been putting in work since. The group has reunited off and on in the years since their last album, 1998's Kima, Keisha & Pam, most notably as part of this year's Bad Boy Reunion concert and upcoming tour, where all three original members will be taking the stage. Taking advantage of the perfect timing, group member Pamela Long has decided to hit us off with brand new solo material, dropping off her new single and video "You Said."

Pam, while not necessarily the group's best singer, always had a unique voice and she puts it to good use on "You Said." The track conjures up a '90s feel with its throwback production, which is based around a sentimental piano loop, knocking drums and handclaps, that remind us of her Total days but is different enough to make it distinctly Pam. She furthers that distinction with the song's video. Rocking a few glam looks, including a sequined get-up, feathered eyelashes and leather outfits that elevate her signature tomboy swagger, she delivers a convincing and fun performance despite the song's lovesick subject matter. And let's not forgot her moves. Pam knows how to work a stage, and though she's flying solo, she makes sure to fill up the space on screen (not that we would expect anything less from the chick who Diddy Bops better than Diddy himself).

Check out Pam doing her thing in the clip for "You Said" below and pick up your own copy of the single right now on iTunes.


TAGS:  diddy, pam long", Pamela Long, total
Previous: Heston Wants To Love Your ‘Mind Body Soul’ Next: Ray J Has His Princess On His Mind In ‘Be With You’ 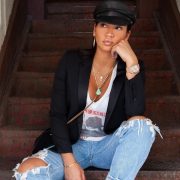