B. Slade Gets Folks Talking With His ‘Conversation’ 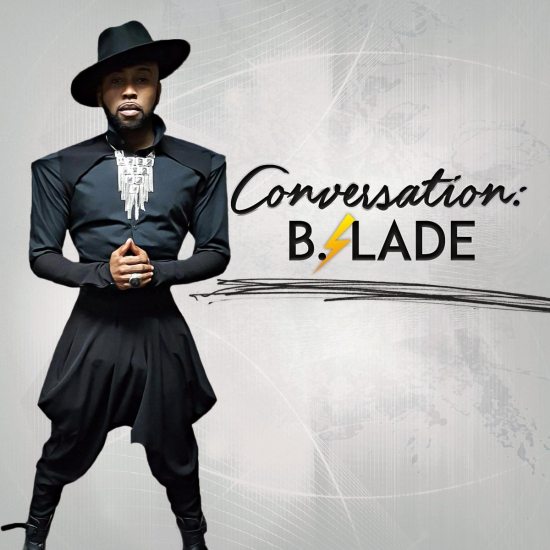 B. Slade is no stranger to controversy. The artist formerly known as Tonéx shocked the gospel world when he revealed his same-sex attraction during an interview on The Lexi Show back in 2009. However, being that was seven years and a name change ago, one would think that the shock and awe would have died down by now. Of course, one would be wrong. After his performance in tribute to Kurt Carr and Lynette Hawkins-Stephens at Oakland's Love Center Ministries this year, his appearance (and attire, including puffy black pants and cinched waist) set tongues wagging. However, since his detractors have had their say, B. Slade is back to have the last word with his clapback track "Conversation."

Appropriately set to the tune of Beyoncé's "Formation," B. uses the track to take aim at his haters and get them right together by calling out their hypocrisy. "Y'all haters corny with that, 'He needs deliverance,'" he begins as the instrumental creeps in. "Check out your choir stand, they all need deliverance." Oop. He continues from there, pointing at certain people who live in glass houses that dare to throw stones his way. And after talking his ish and causing many to clutch their pearls with his frank speech, he delivers perhaps the song's killing blow, saying, "I snatched them wigs but you ain't gonna snatch my salvation." Swag.

While everything doesn't work here (mainly due to the fact that he tries to force some lyrics to fit Bey's cadence) it's without a doubt a statement that will definitely make B. the talk of the town and the gospel community for a while. Listen to B. Slade get savage with "Conversation" below and pick up the free download he's offering on Bandcamp.