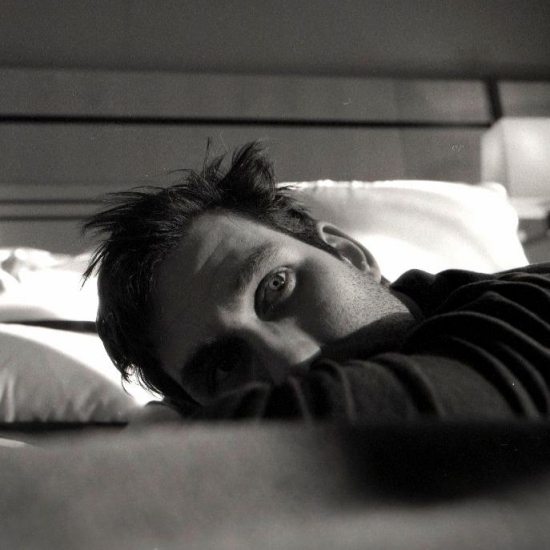 While 2016 hasn't been that kind in terms of taking away many of our music legends, with the legendary Kashif and Rod Temperton unfortunately joining a very long in memoriam list, it has surprisingly been a rather great year for soul music. We've gotten amazing albums and singles from both industry vets and promising newcomers and it'll get even better when Jamie Lidell finally unveils his latest album, Building A Beginning, in a matter of days. We've already gotten our life from lead single "Walk Right Back," the album's title track and a special KCRW performance of "How Did I Live Before Your Love." Now we get to hear perhaps one of the album's most touching tracks, "Julian."

"Julian" is named for Jamie's son, who was born not too long ago, and finds the new father pledging his love and life to his son's well-being. He sings about the emotions he's felt after becoming a father, letting his son know that he now knows happiness to be his baby boy's smiling face. Unsurprisingly, Jamie once again takes a cue from Stevie Wonder — who also dedicated a song (1976's "Isn't She Lovely") to a child. Not only does he channel him vocally, but he adapts a similar soundscape to Mr. Wonder's classic '70s sound, with upbeat guitar, cheerful chords and magnificent layered backing vocals. He even throws in a bit of his son cooing at the track's end. While a parent finding purpose after the birth of their child is nothing new, Jamie making this both a tribute to his son and a nod to the greatness of Stevie makes this one easily a favorite.

Give "Julian" a spin below and make sure you go out and support Building A Beginning when it arrives in stores on October 14th.


TAGS:  audio, jamie lidell, kashif, rod temperton, stevie wonder
Previous: Morning Soul: Why Would You Play With My Heart? Next: Jermaine Hardsoul Aims To Make Us ‘Feel The Same’ As We Did In The ’90s