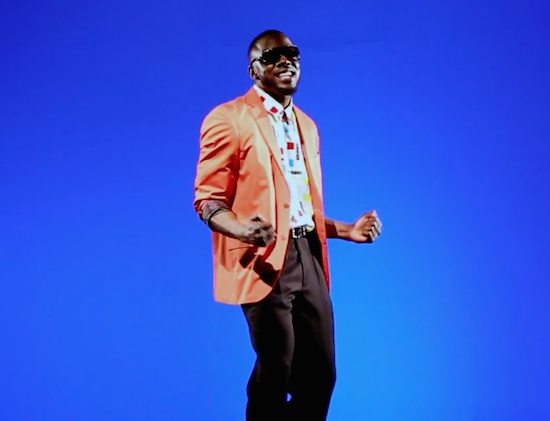 Since we last caught up with Jermaine "Hardsoul" Mobley in 2014, he is now the artist known simply as Jermaine Hardsoul. His surname isn't the only thing he dropped, with the release of his first studio album, Lane, in January this year.

In case you've been sleeping on Hardsoul's debut project, he's here to jolt you out of our slumber with the visuals for the track "Feel the Same," one of the set's standouts. The clip compliments the song's strong '90s R&B feel by including wall-sized projections behind the action of some of our favorite love scenes from Black films and music videos of that decade. Anybody familiar with Boomerang, The Best Man, Jason's Lyric, New Jack City and Janet Jackson's "Any Time, Any Place" video, will recognize the classic clips that director Sean Cokes incorporated for the backdrop while Jermaine, a female modern dancer and visual artist Fahamu Pecou rock throwback looks from the era and dance.

The synth heavy, authentic '90s groove complete with programmed drums and bass loop is complemented by Jermaine's clever lyricism. "Smack it up and flip it / Rub it down and kiss it / While that BBD is playing / That girl is dope I can barely cope,"Hardsoul sings and shouts out Bell Biv DeVoe in a mighty way as he sings about the objection of his affection. A female voice interjects throughout the song to harmonize and add her point of view. The bridge features a Hardsoul guitar solo, demonstrating more of his talent and ability.

After working with and producing music for artists like Musiq Soulchild and Eric Roberson, Jermaine is carving out his place in the industry with Lane. Pick up the album now on Amazon, iTunes or Google Play and find collaborations with Carmen Rodgers, Tracey Lee and more. Before you bounce to make a purchase, enjoy the fun, nostalgic visuals of "Feel the Same" right here.