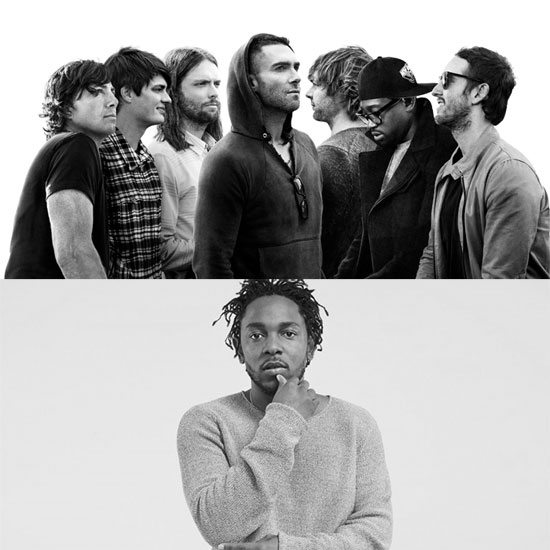 Is it time for a new Maroon 5 album already? It seems like it was yesterday that the pop-rock group dropped their last album, V, but it was actually way back in 2014. Now it looks like they're gearing up for another chart rush, and they've got an ace up their sleeve: Compton's very own Kendrick Lamar. The unlikely collaborators come together for the band's latest single, "Don't Wanna Know."

The song finds group frontman Adam Levine feeling sick and tired of seeing his ex's new love life playing out on social media. He's so over it, in fact, that he sings about it with a Paul Simon-esque delivery over the tropical-sounding, Benny Blanco-produced track. As a guitar idly plucks along, Adam sings out his feelings, singing on the chorus, "I don't wanna know, know, know, know / Who's taking you home, home, home, home." While his sentiments are understandable, Kendrick comes into play to flip the script with a short verse in which he asks the more pertinent questions: "Do he do you like this? / Do he woo you like this? / Do he lay it down, feel you, touch you, pull you like this?"

A video for "Don't Wanna Know" is set to premiere on the Today show this Friday, with the band later appearing on Ellen to give the track it's official television debut on November 3. As for King Kendrick, we'll next hear the in demand rapper on Mary J. Blige's upcoming cover of "American Skin (41 Shots)," which she made headlines with when she sang a bit for presidential candidate Hillary Clinton on her Apple Music series The 411. That should be interesting, to say the least.

Before all that comes down the pike, though, listen to Maroon 5 and Kendrick's new track below.