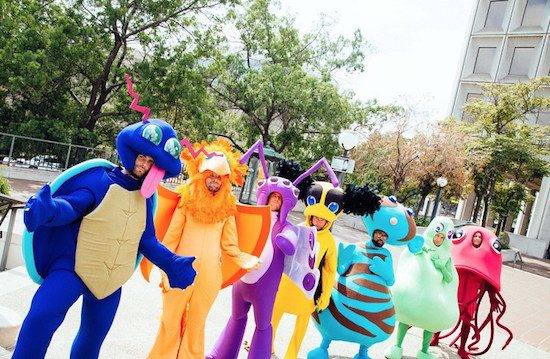 Just a few short months ago, Pokémon Go seemed to be everywhere, dominating literally everything as players were on the hunt for the elusive imaginary characters. Though the buzz has died down considerably, the game is clearly still on the mind of Adam Levine and his Maroon 5 cohorts as evidenced by the video for their latest single, "Don't Wanna Know."

In the whimsical clip, directed by David Dobkin, the guys are running about town dressed as Pokémon as frenzied players try their best to catch them. All of this is taking place while Levine tries to find his zen and mend his broken heart at the same time. The group, including SoulBounce regular PJ Morton, are eventually revealed to be filming a video in which the director suggests that Levine don a cowboy hat. Hilariously enough, Levine dismisses the suggestion on the grounds that it goes against the band's brand despite the fact that they are decked out in the colorful costumes. The band is joined by several A-list celebs, including actors Vince Vaughn, Sarah Silverman (who appears to be the cause of Levine's heartache) and Ed Helms, who are also dipping and dodging those who are pursuing them.

The video is an absurdly funny companion piece to the single, which was released a week ago. Interestingly enough, while the single originally featured a guest spot by rapper Kendrick Lamar, the video version is absent of his verse altogether. Maybe they decided that was off-brand for him? Whatever the reason for the removal of Lamar's verse, it does little to take away from the catchiness of the song and its equally vibrant visuals. Be sure to peep the clip below, and then catch the guys when they debut the single on TV on the November 3rd episode of The Ellen DeGeneres Show. 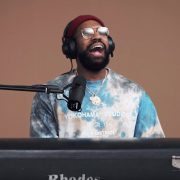 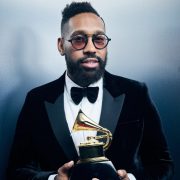 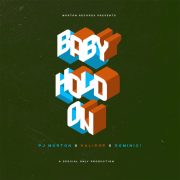