R. Kelly Wants To Jingle Your Bells With His Upcoming ‘12 Nights Of Christmas’ Album 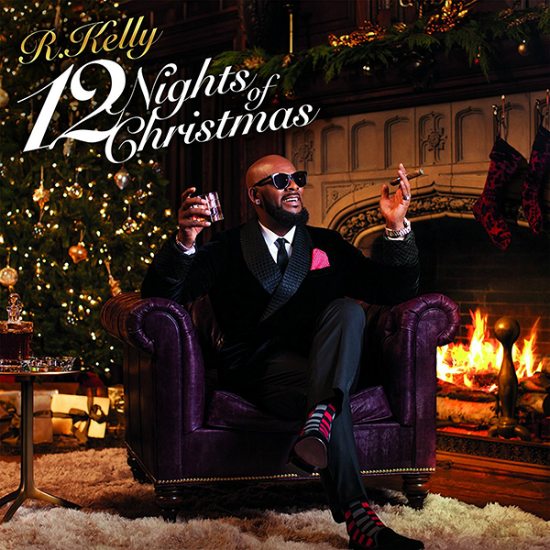 For those who think that “Baby, It’s Cold Outside” is just a scosche too subtle in its sexual overtones, R. Kelly has just the album for you! The three-time GRAMMY-winner, multi-platinum selling singer, songwriter, producer and perennial old man in the club has announced that he’s releasing his first ever Christmas album, 12 Nights of Christmas. But not just any Christmas album. The R. plans to give you some soulful alternatives to your favorite holiday standards, while contributing some bedroom-ready ballads to set the mood when you catch mommy kissing Santa Claus. The Pied Piper of R&B promises, “It’s gonna be a lot of lovemaking. I come with that bearing gifts.” If you feel like sitting your cookies out in hopes of R. Kelly shimmying down your chimney, then this just might be the stocking stuffer for you.

The self-proclaimed King of R&B’s Christmas album has been a long time in the making. While first announced in December of 2013 following the release of his Black Panties album, the artist said that he had been working on it for years even then. However, Kelly isn’t new to making Christmas songs. He wrote “Christmas, I’ll be Steppin” for the Best Man Holiday soundtrack, along with releasing his “Christmas Party,” last year. Unfortunately, these songs sound like variations of “Step in the Name of love,” which almost has as many sequels as Trapped in the Closet at this point. Trapped in the Chimney, anyone?

Hopefully, with so much time and effort put into this very special Christmas album, Kelly won’t lean on his back catalogue (as much) for inspiration. However, an R. Kelly album is like a Christmas gift. You can try to guess what it is, but at the end of the day, you have to open it up to see what exactly someone was “thoughtful” enough to give you. Will we unwrap the classic 12 Play R. Kelly? Will we get the smart soul man Love Letter R.Kelly? Or will we be stuck with the misogynistic creep Black Panties R. Kelly? Come Friday, October 21st, we’ll learn whether R. Kelly has a trick or treat in store for us this holiday season.


TAGS:  r. kelly
Previous: Chance The Rapper Breaks Us Off With A Soulful & Funny New Kit Kat Commercial Next: St. Beauty Is Done ‘With You’