Solange’s ‘Junie’ Gets The Casamena Touch 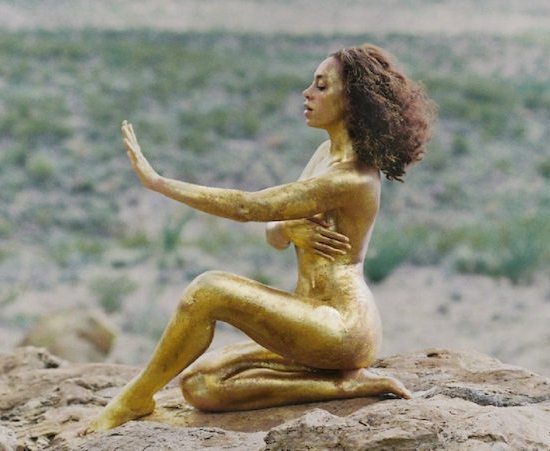 We don't know about you, but around these parts we've been overdosing on Solange's A Seat at the Table. Can you blame us, though? The younger Knowles sibling's album has received rave reviews from critics and netted her first No. 1 album on the Billboard charts all while exuding #BlackGirlMagic like only she can. And it's not only fans that are loving Solange's latest. Her music industry peers are loving it, too. Just ask Kaytranada, who dropped his own remix of her single "Cranes In the Sky" this week. Now famed remixer and producer Casamena is also getting in on the action, providing his own take on the funky track "Junie."

"Junie," Solo's tribute to funk trailblazer Walter "Junie" Morrison, found the singer jammin' on the one over soulful piano and synthesizer while calling out cultural appropriators who are eager to take from Black culture without learning about the history of it. Casamena plays with the song's existing structure for his edit. He extends the song's intro with a bit of skillful Rhodes and his signature percussion sound. The dreamy feel it evokes is soon broken by the song's unmitigated funk, which Casamena keeps mostly in tact, though he does tick the song's BPM up just a hair and add a few extra flourishes for extra oomph. Essentially, he moves the song from two-step at the family reunion territory to a pace suitable for a quick spin on the dance floor — all without sacrificing the song's integrity and meaning.

Get down to Casamena's edit when you press play below and then jump on the free download he's offering as well.