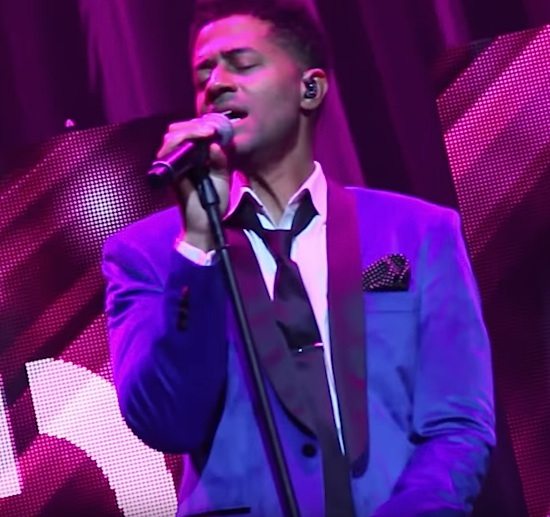 October is nearing its end, which means that there are only a few more dates left on the What I'm Feelin' Tour with Eric Benét, Lalah Hathaway and Anthony Hamilton. Trust us, we're sad, too, because this tour has truly been one of the best of 2016 with its triple-threat lineup. While we lament the last few days of the tour and Erictober, we're taking a look back at a few dates with Eric Benét with his EB Tour Diary and remembering the good times.

After giving SoulBounce an exclusive first look at the happenings during his Washington, D.C. tour stop, Eric is back to world premiere the next installment straight outta Louisville, Kentucky. The What I'm Feelin' Tour pulled into Louisville's Palace Theatre on Thursday, October 13th, and fans were ready and waiting for Eric to set the show off, which he did with the greatest of ease.

In this clip we see Eric pre-show getting dressed then arriving at the venue where he mugs for the camera as he gets off of his tour bus. He makes his way from behind the scenes to onstage and proceeds to wow the audience who couldn't wait to meet and greet him after his performance. Being the people person that he is, Benét greeted and treated each fan like a friend. There's even a testimonial from a long-time fan who brought all of his CD cover inserts with her for him to sign; she appreciated that he took his time with each one and didn't rush her off. That's Eric Benét for ya.