SoulBounce Exclusive: Eric Benét & MC Lyte Will Have You ‘Holdin On’ To Their Every Word 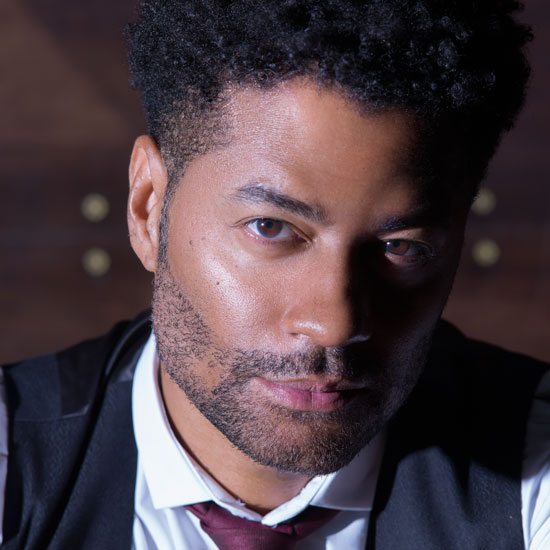 October is here, which means that the fourth quarter is underway, autumn's temperatures are about to fall and pumpkin spice everything is about to be everywhere. Halloween falls on the last day of the month, but that's not the only thing that we have to celebrate because Erictober has begun!

October 2016 has been renamed Erictober by SoulBounce to commemorate all the big things that are poppin' for Eric Benét in the next 31 days. He's dropping his new album, eric benét; he's going on a major tour with Anthony Hamilton and Lalah Hathaway and he's turning 50 years young. With all that going on, it's safe to say that Eric Benét pretty much owns this month.

While we get in formation to celebrate Erictober, Eric is giving his fans a gift in the form of another first listen from his new album that SoulBounce is excited to exclusively world premiere. The song entitled "Holdin On" is an uptempo guitar-driven number that features Benét singing about a starstruck fan who he gets involved with. "See her body's so perfect all you want to do is work it," he sings of his carnal desires for this pretty young thing. His plan was to keep it casual, but she's gone and fallen head over heels for him when all he wanted to do was hit and quit it. Unfortunately for EB, after he put it down so thoroughly, he soon comes to realize that he ran up on the wrong one. "See I'm the one who always knows what not to do / But then I played with her emotions like a fool," he sings on the pre-chorus, expressing a twinge of regret. As the song progresses, it becomes clear, however, that Eric is kinda caught up, too. "If she wanted she could use me over again, over again," he admits. A rap verse from MC Lyte seals the deal as she plays the role of the young lady, but instead of playing her position she lays down an intense clap back. We don't know if this song is inspired by true events, but we imagine it's a tale as old as time.

"Holdin On" is the fifth song that we've gotten to hear from eric benét prior to its release. It follows "Sunshine," "Sunshine Remix" featuring Tamia, "Broke Beat & Busted" and "Insane," and with each track Benét continues to impress and show that he is one of the most consistently good male R&B/soul singers of this era. Of course, aside from these five sneak previews, there are more fantastic songs to be found on the 13-track collection. Eric Benét's self-titled album drops on Friday, October 7th and can be pre-ordered right now on Amazon, iTunes or Google Play.