SoulBounce Exclusive: Tom Bailey Sings Of The Struggle Between ‘Light Vs. Darkness’ 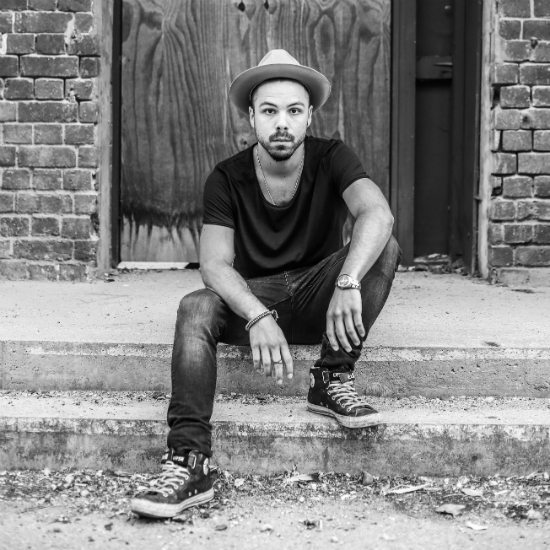 It was just this past August when we crowned singer/songwriter/musician/producer Tom Bailey as Bounce-Worthy. After one listen to his single "Voodoo Woman 2.0," it was evident why we ranked the self-taught phenom amongst the chosen few. His dulcet tones brought to mind D'Angelo dipped in the kind of honey molasses that Jill Scott sang of. Listening to Tom Bailey was indeed a sweet epiphany. The timbre of his voice was the perfect match for the slinky electro soul production that oozed sensuality and had us asking what kind of spell he put on us.

We're no closer to an answer, but we are closer to the release date of Tom Bailey's highly anticipated debut EP, Light vs. Darkness. The four-song collection features a remastered version of "Voodoo Woman" and additional songs that showcase the breadth of his talent. The title track is one such song that displays not only Tom's vocals and songwriting but his rapping skill as well, and SoulBounce is happy to world premiere "Light vs. Darkness" here today.

"Light vs. Darkness" begins with Bailey singing, "Hear you creeping in on me once again / I don't wanna let you in / No, you ain't no friend of mine / Don't want you around / If you're always bringing me down," over a head-nodding, mellow smooth groove anchored by a drum machine and synths. Although on first listen it may seem as if Bailey is reading a foe for filth, he's actually singing to himself in "Light vs. Darkness." "The light signifies your consciousness, your higher self; while darkness, the 'ego,' [is the] inner voice that keeps you afraid," Tom explains about the song's deeper meaning. "The track itself talks about the duality of these two forces, the eternal conflict within. Good and Evil."

The struggle between those two internal forces never sounded better than it does in Bailey's hands on a production that has a sprinkle of '90s R&B, splash of neo-soul and dash of hip hop soul when he surprisingly spits some bars on the bridge. "Light vs. Darkness" sounds like it would slip right onto a mid-'90s mixtape with selections from Mary J. Blige and Raphael Saadiq with the greatest of ease. Bailey may have switched things up a taste on this production, but the common denominator is that astounding voice of his, which we're totally enamored by.