St. Beauty Is Done ‘With You’ 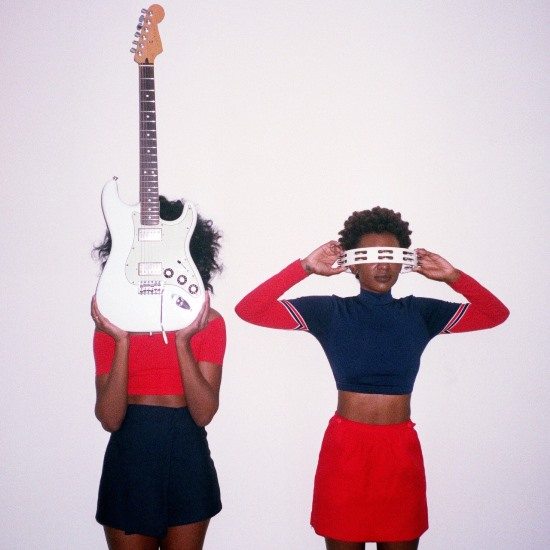 Until now, new music from euphonic Atlanta-based duo St. Beauty came by way of buzz-worthy features with Wondaland and Kitty Cash. And while "Going Nowhere" and "Holographic Lover" were enough to make us fall in love with their sound, we've been eagerly waiting for an official debut. Well, patience has proved to be its own reward as the ladies recently leaked "With You" from their forthcoming debut project.

Pulsating thumps of bass drum provide the song's heartbeat, beautifully contrasted by the soothing lull of Isis Valentino's dulcet guitar. Lush harmonies float in the background embellished by occasional strains of harpsichord while Alex Belle's dreamy vocals tell the story of a relationship's (apparently overdue) end. "With you I was crying and lying, denying/I'm glad that you're gone/And now I'm laughing and clapping and singing/I'm glad that we're done." It doesn't get much plainer than that. But to ensure there is no trace of ambiguity, the melodic sentiment is punctuated with a repeated "We're done."

Touting it as "a snack before the feast" and further promising "More snacks soon," the song simultaneously satisfies and leaves us salivating. We're sure we won't be the only ones stalking their Twitter feed and SoundCloud page. In the meantime, take a listen to "With You" below and sign-up for St. Beauty updates via their website.