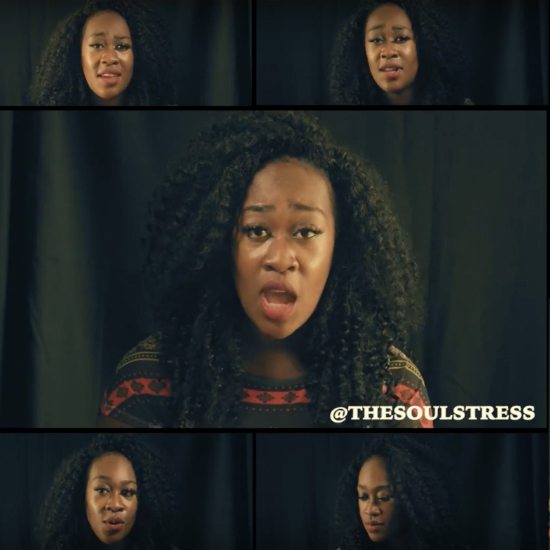 Todrick Hall broke the Internet in 2015 with his amazing "4-Minute" a cappella Beyoncé medley. The Broadway performer and viral video star created a one-of-a-kind tribute to his favorite performer that had everyone and their mother talking. Afterward, we wondered who else might try their hand and their voice at such a daring feat, fearful of less-than-capable singers destroying some of our favorite hits. Enter Summer Williams who is up for the challenge.

Williams isn’t just any old YouTube singer. The Bounce-Worthy "Soulstress" has so much talent and magic that we can’t stand it. She’s been MIA for a minute, but now she’s back and paying tribute to one of her sheroes, Lauryn Hill. Using only her voice and a 9-person split screen, Summer takes us on a trip down memory lane, reminding us of all the #BlackGirlMagic that Lauryn Hill used to radiate during her hey day.

The medley starts off with Lauryn’s remake of “Can’t Take My Eyes Off of You,” a natural medley for an a cappella singer or quartet. It then moves seamlessly into the rest of Lauryn’s catalogue. Hill's guest verses on Common’s “Retrospective for Life” and Nas’ “If I Ruled the World” blend perfectly, while the beat from Bob Marley’s “Turn Your Lights Down” becomes the perfect backdrop for Lauryn’s tribute to her first son “Zion.” Summer even manages to incorporate some of Lauryn’s trademark ad libs and affectations, giving the medley a sense of authenticity. The musical retrospective ends with “Lost Ones” and the Fugees’ remake of Roberta Flack's “Killing Me Softly,” the perfect denouement to an amazing performance that leaves us wanting more.

This isn’t the first time the YouTube sensation has done a medley of songs by an artist, previously making our jaws drop when she flexed on a few tracks from Jay Z’s Black Album. Now with her Lauryn Hill tribute, Summer Williams continues to impress.