The CrossRhodes Hope For A Coming Revolution With ‘Praying Prayers’ 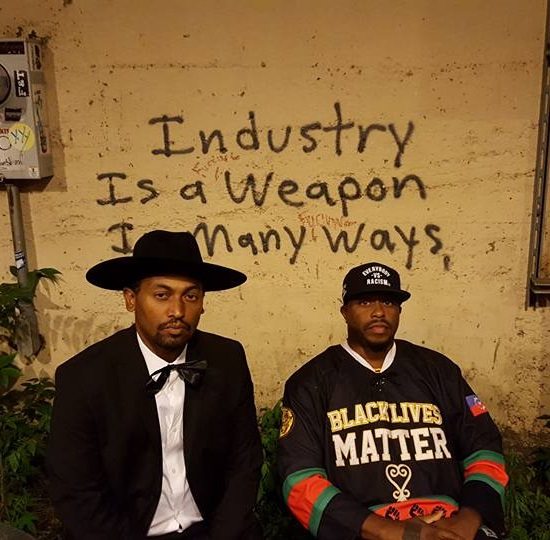 Duo The CrossRhodes, made up of singer Raheem DeVaughn and Wes Felton, announced their reunion in August with the single "Footprints On the Moon," which also happens to be the name of their upcoming album. Now the twosome comes with new song "Praying Prayers," another track from the upcoming set that, like its predecessor, is on a very timely socially conscious tip.

"Praying Prayers" starts with the sounds of sirens before segueing into audio clips from news reports about last year's Baltimore Uprisings. After the sobering intro, the two DMV natives start the show with help on the production tip from Daniel Crawford, who teams with Raheem to craft a soulful groove that harkens back to some of Barry White's orchestral early '70s work. With that as the base, Raheem and Wes present a tale about the real current state of the union. "4-5ths, MACs and TECs / Blood spillin' in the street / Tryin' to hold on to the first / Baby needs something to eat," Raheem begins while Wes delivers socio-political ad-libs. Like the protest music that came before them, the duo manages to make the message of their music relatable and listenable while also making sure to note just how urgent of a matter the current climate is, especially for people of color.

Listen to "Praying Prayers" below and look for Footprints On the Moon to arrive in stores sometime this fall. And for more socially conscious music inspired by the modern times, check out SoulBounce's Movement Music playlist.