The View From Jordan Rakei’s ‘Rooftop’ Is Painfully Beautiful 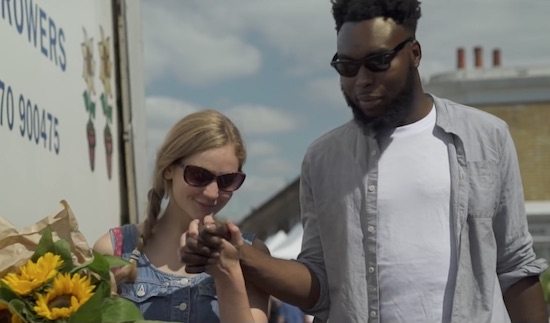 Oftentimes, the way a story ends belies its humble beginnings. Such is the case in "Rooftop," the beautiful latest offering by Aussie-bred/London-based singer/producer Jordan Rakei.

The video opens up with a close shot of a solitary man, portrayed by actor Abraham Popoola, standing wide-eyed and seemingly shell-shocked on a darkened sidewalk. As a tear escapes his eyes, he begins running in reverse. It isn't immediately clear what or whom he is running from, but one thing is clear: whatever it is, it rocked him to his core. The source of his pain is soon revealed as we see an equally tearful woman, played by actress Polly Misch (sister of producer Tom Misch), sitting in a car before flashing to a shot of him alone in his bedroom while a letter slowly drifts to the floor. It's at this moment that it becomes obvious that we're watching the end of a relationship.

The video continues to move in reverse as we see the couple in the midst of an argument, then in much happier times: walking hand-in-hand as she holds a bouquet of flowers; lounging contentedly on a sofa watching television; coyly flirting near a lake and then finally at the moment they first meet while passing each other on the street. We never quite learn exactly what went wrong between the two, but it is evident that at one point they cared for each other very deeply and their ultimate end caused them both a great deal of pain. But isn't that just how some relationships are? Despite our best intentions, sometimes things just don't work out.

The video is a hauntingly perfect vehicle for its equally brooding single. With solemn strings, sparse piano and Rakei's layered vocals, "Rooftop" captures the despondency that accompanies the stark realization that you were the only one in your relationship that was all in. Though it shows both parties, the focus is really on the guy and the toll it takes on him when his partner exits stage left. It opens and closes with tight shots of his face, however where he was smiling and hopeful when they first cross paths, he is left alone and devastated in the end (which in this case is the video's beginning).

It's a gorgeous offering from Rakei, who released his first full-length album, CLOAK, earlier this year. Although the album is not even six months old, Rakei recently revealed via Twitter that he is already working on its follow-up. He is also preparing to embark on a European tour. With a work ethic like his, there's no doubt that Jordan Rakei's star will only continue to rise higher and higher. 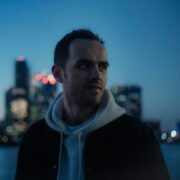 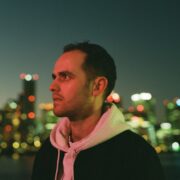 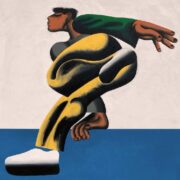