Timothy Bloom Takes Us Back To ‘The Beginning’ 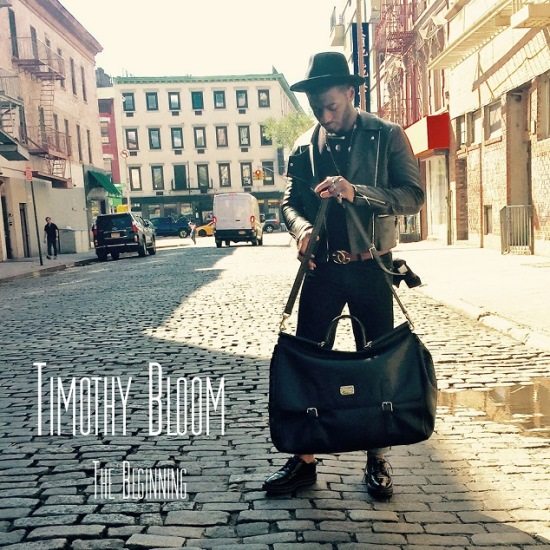 Timothy Bloom is a bit of a musical conundrum. It's not a question of talent; quite the contrary, in fact. The singer/songwriter/producer has already earned two GRAMMY Awards (for his work with Ne-Yo and Chris Brown) plus his incredible voice led him to be handpicked for several spotlight features including VH1's You Oughta Know and MIDEM's Artist Accelerator Program. He's even worked with icons like Smokey Robinson and Herbie Hancock. And then there's his unforgettable visual appeal, which left us here at SoulBounce with no choice but to bestow our own honor upon him as well. All of this, and yet, many still don't know who he is. How is he not a household name?

Hopefully that will change with his upcoming project The Life Trilogy, a three-part series to be released via his label imprint, Beyond The Sky Music. While the title implies that we'll be getting to know more about Mr. Bloom, the project is sure to reveal the full breadth of his talent as well. How apropos then, that he chose his birthday weekend to release disc one, The Beginning.

Timothy gave a preview of the seven-track EP during the summer with the doo-wop-influenced track "The Beginning (Work It Out)." The retro appeal continues throughout the album, but never feels gimmicky nor stale. Each track is undeniably soulful with heavy infusions of blues and rock. Alt-rock song "Adam and Eve" (originally teased back in 2012) is fiery, fun and immediately catchy, while "Howl at the Moon" slowly seeps into your soul. Unconventional guest appearances also keep things interesting. Trumpeter Maurice "MoBetta" Brown energizes and brings New Orleans jazz to lively track "Me and Myself," while Lucy Hart adds sultry vocals to the country-soul tune "Nobody Does It." Virtuosic harmonicist Frédéric Yonnet almost steals the spotlight on "Sweet Angel," and album closer "Still," a moody duet with Nigerian/British singer-songwriter Talay Riley, leaves a lasting impression with its wailing guitar solo.

Check out "Still" and "Me & Myself" below, then support independent music by purchasing a copy of The Beginning, available through your favorite digital retailers. Timothy Bloom will also be performing a handful of concerts in New York, so check the dates below and follow his social media pages for additional details. By the way, you can also hear him featured on Thaddeus Dixon's somber new track "All About You" along with Talib Kweli.