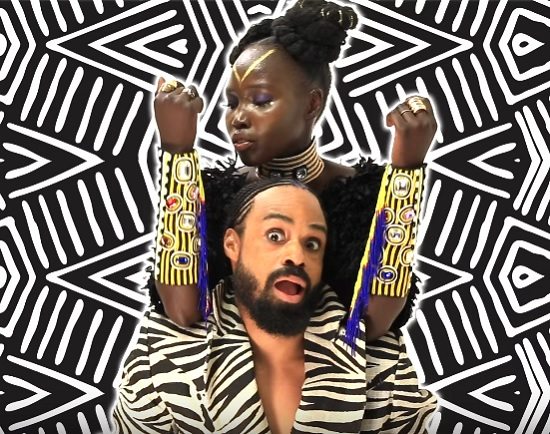 Well, this is unexpected. Over a year ago, soul brother number one Bilal dropped his very dope album In Another Life. We definitely reaped the benefits of the album — with several singles and videos being delivered — but, if we were being completely honest, we were really hoping for a visual for the deliciously slinky "Pleasure Toy." Bilal apparently heard our plea as he has delivered a surprise clip for the song that's just as unique as he is.

The video's concept is a fairly simple one, with Bilal and a couple gorgeous brown beauties standing in front of alternating black-and-white backgrounds. But that simplicity does nothing to minimize Bilal's own eccentricity. He appears in the clip playing a miniature keyboard while wearing a variety of avant-garde outfits, including a black fringed cape and camo pants, a zebra print jacket, African jewelry and a few more touches. Of course, the ladies are also not to be outdone, rocking what can only be described as futuristic, Afrocentric fashions from the year 3005. Sure, Big K.R.I.T. doesn't show up to deliver his verse in person (though soulstress Kendra Foster does make a cute cameo), but we honestly couldn't have asked for more from the clip.

Peep the eclectic visual below.


TAGS:  big k.r.i.t., bilal, Kendra Foster
Previous: Jeff Bradshaw Calls On Your Help As He Battles A Medical Crisis Next: Snoh Aalegra’s New Song Is Giving Us All The ‘Feels’