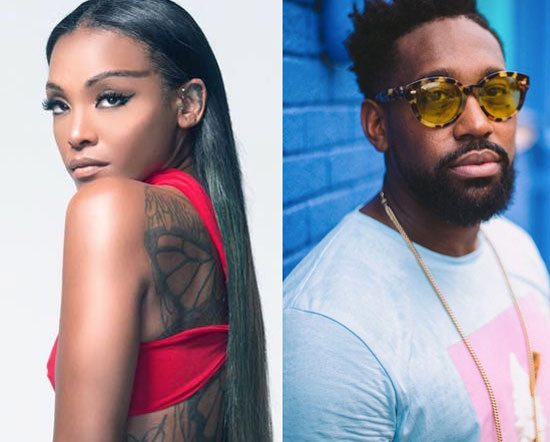 In just a few short weeks, we’ll be treated to DΔWN’s third and final album in her Heart Trilogy, REDEMPTION (alternately named Redemption Heart: The Red Era). In anticipation of its release on November 18th, the artist has shared her second single, “Vines.” While the first single, “Renegades,” gave us the queen mother of trap folk electronica we’ve come to know and love, “Vines” gives us another side of the multi-faceted singer. Teaming up with fellow New Orleans-native PJ Morton, they’ve crafted a mid-tempo “Bayou Synth Sound” banger that speaks to the artist's personal quest for growth, nourishment, understanding and connection.

“You’ve been putting me in boxes and I don't feel comfortable,” sings DΔWN, matter-of-factly, giving us the low-down on how she’s feeling, before serenading us with breathy vocals, commanding her audience, "Baby lay it down, baby lay it down / Lay your water down." DΔWN wants people to get to know and love her for who she is. While the song is about the reciprocal relationship between her and her fans, it’s a very sexy piece of music, composed of synths, chimes and other signature sounds of contemporary quiet storm music. With a few lyric changes, “Vines” could easily make our next GTD playlist. Of course, DΔWN is no stranger to smooth R&B and swiftly reminds us that she’s not a one-trick pony, but a multi-talented artist who doesn't want to be constrained by labels but experience the space to grow and be free.

“Vines” is definitely a teaser, not only as a single but because of its short two-minute length. Much like her interlude from the Blackheart album, “Titans,” we wish this song were at least a minute longer if not more. Of course, we’ll get our fill of music from DΔWN when REDEMPTION (available for pre-order as both a digital download and a USB Pyramid Necklace), drops later this month. Until then, hit play and get into the groove of "Vines."