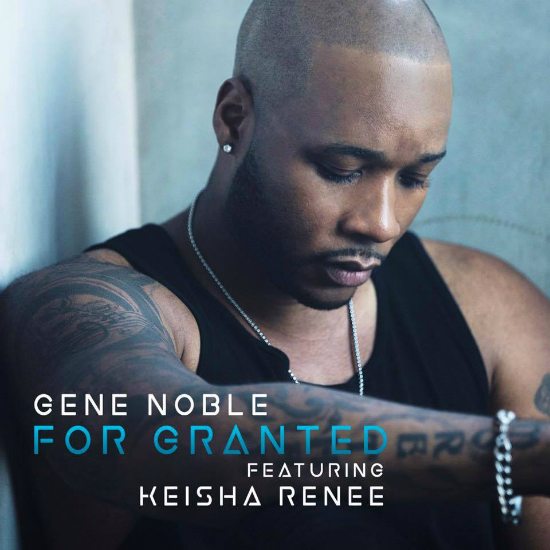 It’s been a minute since we’ve heard from the Bounce-Worthy crooner Gene Noble. An industry staple who has sung backgrounds for Chris Brown and Usher, the last time we checked in with the artist formerly known as Jaiden “The Cure,” he was asking if he could “Trust” in his lover with his thoughts, feelings and fantasies. However, according to “For Granted,” his new duet with singer Keisha Renee, it seems like Gene should have been asking himself that question.

"For Granted" gives listeners a glimpse into the end of a tumultuous relationship. Gene is beside himself with grief that his love thang is over. However, it seems he only has himself to blame, making the break up particularly difficult to take. He laments, “If I had one bullet left / Would it be for you or be for me? / I don’t know who’s more to blame leaving me in all this misery.” However, Keisha isn’t here to reconcile or mince words. Using Noble’s own words, she responds sharply, “If I had one bullet left / I’d shoot the clock and yell out f**k the time / All the years I wasted / Honestly there’s no way to apologize.” All the while, a simple arrangement of synths and programmed drums keeps the narrative moving forward.

While we don’t have the official details quite yet, we believe “For Granted” will be featured on an EP that Mr. Noble is currently putting the finishing touches on. This will be the follow-up to his debut album, The Rebirth of Gene. We look forward to what the star-in-the-making has in store in the near future.