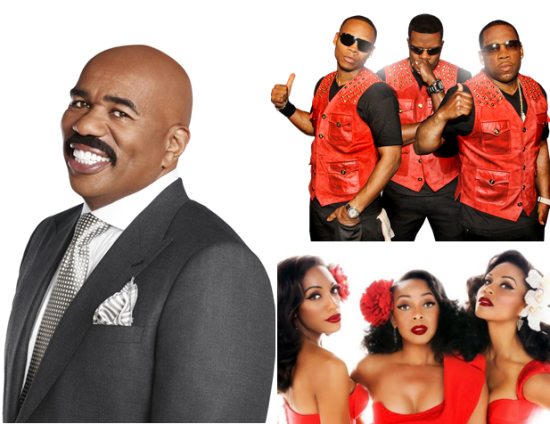 Long before he became an entertainment mogul, even long before he was crowned one of The Original Kings of Comedy, Steve Harvey connected with both live and TV audiences as the consummate host of It's Showtime at the Apollo. From 1993 - 2000, the comedian kept us entertained into the wee hours of the weekend, particularly with his colorful commentary and deadpan antics during the Amateur Night segment. Now, the Emmy-winner returns to the famed Harlem theater to host Showtime at the Apollo, a reimagining of the classic talent showcase series.

The two-hour event is set to air Monday, December 5th on FOX. Mr. Harvey raves, “I’m excited to be going back home to the Apollo to celebrate the history of this great theater. I have great memories from my time there, and this is going to be a homecoming party that you won't want to miss.” The original show ended its television run back in 2008, so we can expect to see some tweaks to certain aspects of the show. But the tried-and-true format will remain the same as Steve will be joined by industry legends and rising stars in music and comedy.

Hip-Hop and R&B will be well represented with performances by modern-day legends like En Vogue, Bell Biv DeVoe, Doug E. Fresh and Rakim, while comedians like Tracy Morgan, Mike Epps and Gabriel Iglesias are sure to have us howling with laughter. But we suspect the Amateur Night segment – which launched many careers and still continues to present new talent on the legendary Apollo stage every Wednesday night – is sure to be a highlight of the event.

No word on whether former hostess Kiki Shepard will be in the house, or who will be filling the role of Howard "Sandman" Sims, but we can expect to hear more performers added to the lineup as the date draws near. In the meantime, get ready to "show ya love" when the star-studded special airs on Monday, December 5th at 8 p.m. ET/PT on FOX. Check the promo below and stay tuned for details about an additional one-hour special, also hosted by Steve Harvey, set to air in early 2017. 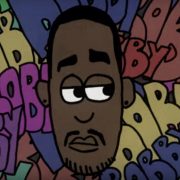