Eric Benét Brings Some ‘Sunshine’ To The Soul Train Awards 2016 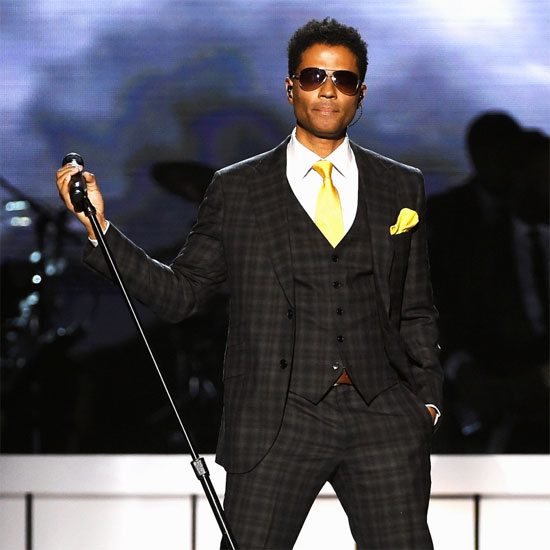 The Soul Train Awards 2016 were heavy with the '90s nostalgia, but it wasn't all about the old school. Although he got his start during that decade, Eric Benét is still very much an artist of today. The soul crooner is enjoying the warm reception that music lovers are giving his recently released self-titled album, and basking in the glow of the success of the chart-topping single "Sunshine."

After hostess Erykah Badu's introduction of "Mr. Chiseled Jaw," Benét took the stage to sing "Sunshine," and he brought his stellar falsetto out to play to show these young whippersnappers how it's done. The 50-year-old zaddy looked fine as ever in a dark plaid three-piece suit, white dress shirt and yellow tie and handkerchief combo, as he commanded the stage. Having recently ended his time on the What I'm Feelin' Tour when the awards show was taped in early November, Eric's voice showed no signs of wear and he sounded amazing as usual. Harmonies from a trio of background vocalists and a guitar solo from Randy Bowland enhanced the aural experience.

If you missed Eric Benét shining on the Soul Train Awards 2016, you can check out his performance when the program rebroadcasts on BET on Tuesday, November 29th at 6:30 p.m. ET/5:30 p.m. CT.