Get To ‘Know’ Blood Orange Once Again 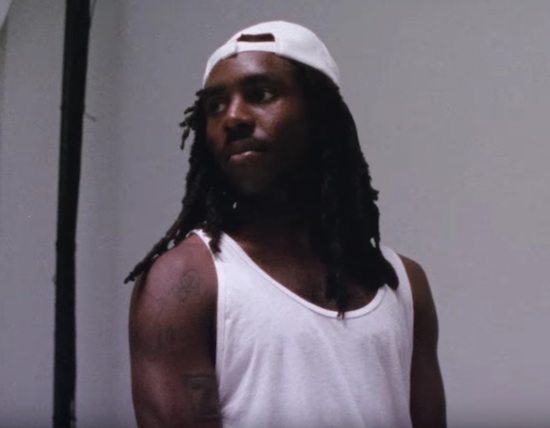 Blood Orange (aka Dev Hynes) first graced us with his musical vision of sparse, emotional electro soul on 2011’s Dinner, since then showing off his writing chops for artists such as Solange, Sky Ferreira and FKA twigs. The New York-based multi-instrumentalist returns with “I Know,” the latest sonic exploration from his newest album, Freetown Sound.

With a synth-heavy sound borrowing heavily from 1980s new wave and pop, Blood Orange’s gift of melody and mood set the track's pace nicely. "I Know" checks the boxes of earnest lyricism, vacillating between simple love expressions and lightweight existential introspection. Despite this, Blood Orange’s vocal delivery -- though limited in range and awash with reverb and vibrato, similar to early Lenny Kravitz or Terrence Trent D’Arby -- is engaging for its fragility and vulnerability.

The video for “I Know” feels just as intimate and personal. After establishing that, yes, this is NYC, he addresses the listener directly with the cold backdrop of a (seemingly) empty dance studio. Though it barely holds a flame to the standard of artist-earnestly-singing-to-the-listener videos (Sinead O’Connor’s “Nothing Compares 2 U”), Blood Orange's approach still feels genuine. As the music develops into a smooth electronic ballad, the video progresses into a charming modern/interpretive dance duet. The performance is not quite as artsy and abstract as Atoms For Peace’s video for “Ingenue,” where this concept was also executed for similar subject matter. However, the portrayal of love’s duality, and the tension therein, comes across just as clearly.

“I Know” succeeds as a subtle and mellow meditation in sonic and visual expression. Pick up Freetown Sound today via Blood Orange’s official site, Amazon, iTunes or Google Play.