Listen Up As Bryan-Michael Cox Sings About His Feelings ‘Verbatim’ 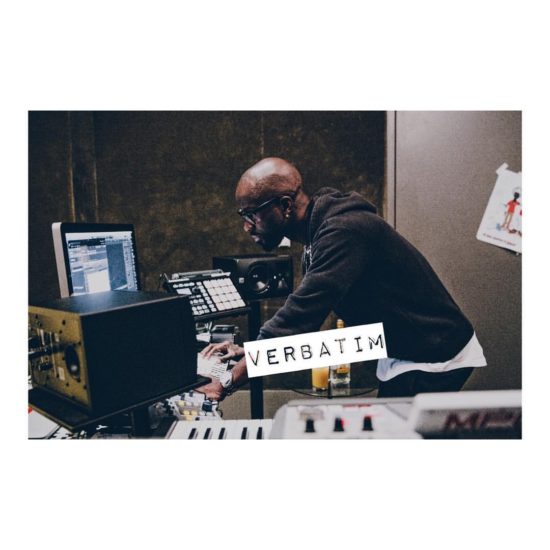 Bryan-Michael Cox is a man of many talents. For almost two decades now, the nine-time GRAMMY winner has made a name for himself producing and writing songs for artists like Mary J. Blige, Robert Glasper Experiment, Usher, Drake, Mariah Carey and our girl Janet Jackson. In addition to his thirty-five #1 hits, he has won numerous awards and broken the record for most consecutive weeks on the Billboard charts. Did we mention he also has a media company, publishing group and indie label all on top of dropping an occasional remix and serving as curator for an ongoing R&B showcase in Atlanta? We're not sure how he found the time, but he recently managed to premiere a new song named "Verbatim," his first single as a solo artist.

Co-produced by Sam Thomas, "Verbatim" is a synth-enhanced R&B groove with a deep house pulse that's heavy on bass and percussive elements (drums, cowbell, handclaps, etc.). Mr. Cox displays his skills on the keys, but equally impressive (and unexpected) are his vocal skills, which are pleasantly smooth. The track, which was co-written by BMC along with Candice Nelson and Balewa Muhammad (former members of Atlanta collective, The Clutch) tells of how he pushed his ex away and now regrets his actions. "'Cause I said to you, verbatim / 'I would not be bound to only you'," he sings matter-of-factly. But he then goes on to lament, "I replayed the conversation in my head (verbatim) / All the things I know I should've never said (verbatim) / She said that I would live to regret it(verbatim) / And I do / You're with him now, instead of me."

"Verbatim" is a solid debut for Mr. Cox. But honestly, with his track record, we can't say that we're surprised. And while we don't foresee Mr. Cox casting his production/songwriting by the wayside any time soon, we are look forward to hearing more from him as a solo artist. He's already hinted at a follow-up to the single, plus it's been rumored that he'll be releasing a full project called The Thirteenth Letter: Vol. 1 soon. Until then, head to iTunes to get your copy of "Verbatim" and follow Bryan-Michael Cox on Tumblr, Twitter and Instagram for updates. If you're in Atlanta on December 6th, head to Koo-Koo Room to celebrate his birthday.