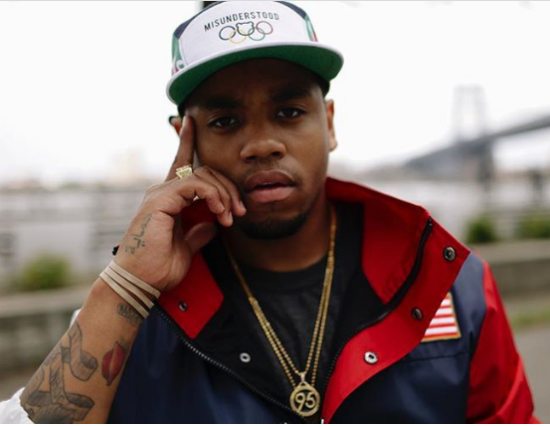 Producer extraordinaire Salaam Remi recently unveiled his "Do It For The Culture" campaign, and it's chock-full of cool cuts featuring the likes of Elle Varner and BJ The Chicago Kid. Also among his soulful roster is singer/rapper/actor Mack Wilds. With "Camouflage," featuring Florida-bred femcee Nitty Scott, Remi gives Mack and Nitty an upbeat '90s instrumental to rock with, which they easily do on the four-minute track. With the subject matter of love, Mack sings about trying to keep his cool around a girl when he suddenly gets hit with the feels that he didn't expect. "Trying to play it off cool / I was sabotaged / Never saw you coming / You were camouflaged," he sings over the track.

Mack has been keeping it cool on the music front. Since getting us all caught up in the rapture of his debut album New York: A Love Story, Wilds has focused more on acting with roles in VH1's original movie The Breaks (which got picked up as a series) and the upcoming FOX drama Shots Fired, a 10-part series produced by Gina Prince-Bythewood and also starring Sanaa Lathan, where he plays a crocked cop. There is no definitive word on his sophomore project yet, but we'll keep an eye on 2017. It looks like we're waiting for a few things to drop from Mr. Wilds, but until that happens, listen to his Salaam Remi-produced track "Camouflage" right here.