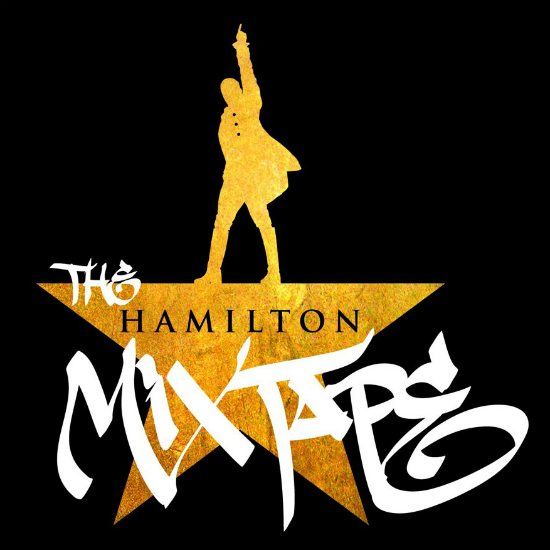 Hamilton, the award-winning stage musical from Lin-Manuel Miranda, continues to rack up awards, praise and fans. While most of us haven’t had the pleasure of seeing the production, and probably won’t since tickets are sold out until Judgment Day, we have had the pleasure of listening to the hip-hop influenced soundtrack that brings the story of our country’s founding to life in a new and ingenious way. The best-selling cast album of 2015, the Hamilton original Broadway cast recording has not only won a GRAMMY, but it has even been lauded by Billboard as the best rap album of 2015. With such accolades for the project, you knew they had to do a remix, right?

Miranda and friends have collaborated with the frontmen of The Roots, Questlove and Black Thought, to produce a star-studded reimagining of songs from the landmark musical with The Hamilton Mixtape. Fans of the musical will enjoy new interpretations of the soundtrack courtesy of Sia, Usher, Jill Scott, Nas, Alicia Keys, John Legend, Regina Spektor, Ben Folds, Miguel, Queen Latifah, Wiz Khalifa, Chance the Rapper, Kelly Clarkson and many more. Even Ja Rule and Ashanti make an appearance on the song, “Helpless.” Lord help us all. While Rick Ross was unfortunately omitted from the guest list — most likely for never being able to stay on topic — the collection still has more star-power than a Black family movie.

The Hamilton Mixtape will be released to the masses on Friday, December 2nd. You can pre-order the album on Amazon or iTunes, see the tracklist below and listen to two of the tracks: "It's Quiet Uptown" by Kelly Clarkson and "My Shot" by The Roots, Busta Rhymes, Joell Ortiz and Nate Ruess.