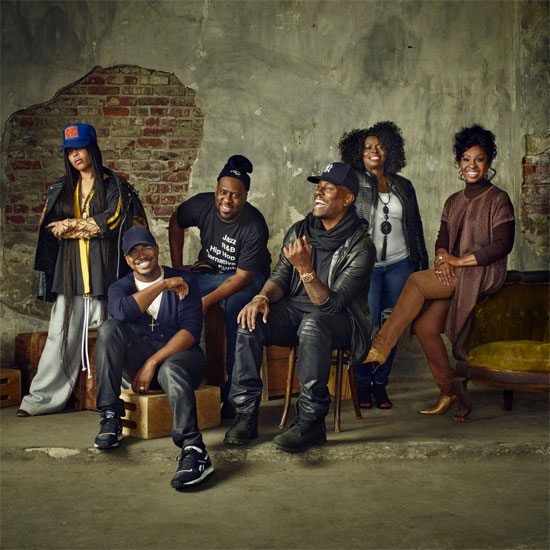 One of the many highlights of the Soul Train Awards 2015 was the introduction of the Soul Cypher segment. The stroke of genius took a cue from the cyphers at the BET Hip Hop Awards and flipped the script with soul and R&B singers. Chrisette Michele, Jodeci's K-Ci, Lalah Hathaway and The O'Jays' Eddie LeVert set the bar high last year, so this year's participants had their work cut out for them. With Erykah Badu once again channeling her DJ Lo Down Loretta Brown persona and Robert Glasper on keys, Ne-Yo, Angie Stone, Tyrese and Gladys Knight were up for the challenge.

Although a talented bunch, this group showed that every beat ain't for everybody as they all sang over the track from Bryson Tiller's "Don't." Ne-Yo and Angie Stone sang subdued versions of their hits "Miss Independent" and "Brotha," respectively, but they were a little lackluster over the trap soul beat. Tyrese spruced things up a little with a freestyle of sorts made of a few of his song titles before Ms. Gladys Knight shut it down as legends are known to do. She interpolated lyrics from her song "Neither One Of Us" while both Angie Stone and Tyrese harmonized in the background. Gladys sucked us in with her soul-drenched ad-libs and all four singers traded ad-libs near the end, their voices blending and complementing each other beautifully. The Soul Cypher ended with some vocal flourishes from Badu where she reminded everyone that her "cypher keeps rolling like a rolling stone." Yes, indeed it does.

This Soul Train Awards 2016's Soul Cypher may not have topped the inaugural showing, but we're crossing our fingers that next year drops the mic properly.