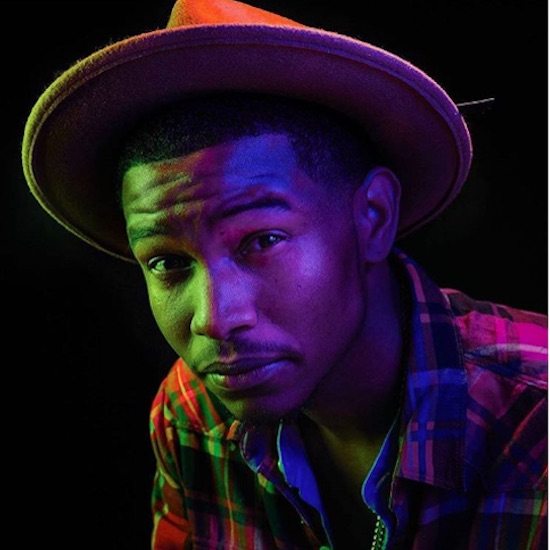 They say that imitation is the sincerest form of flattery. If that's the case, then Solange's cup should be overflowing based on the number of artists she's inspired with her latest album, A Seat at the Table. Since its release a little over a month ago, the album has led artists like Common, Kaytranada and Casamena to give their takes on tracks from the album. Meanwhile, the imagery from the album's visuals also provided a whole lotta inspiration to folks for this weekend's Halloween festivities. Now there's another artist to add to the ever-growing list of those expressing their appreciation for Solange's surprise project.

Rapper Nick Grant is throwing his hat into the ring with his four-track mixtape, A Seat at the Table (Plus One). For the project, the Walterboro, South Carolina-native tries his hand at four songs from Solange's long-awaited and critically-acclaimed album. Grant reworks Solo's originals, transforming "Cranes in the Sky" into "Demolition," "Don't Touch My Hair" into "2Hair Care," "Mad" into "Mad (Breakup)" and "F.U.B.U." into "Fubu." While he does nothing to alter the songs' compositions, he flips the subject matter on its head, injecting an entirely different vibe in the process. Whereas Solange's versions tackle themes of empowerment and healing, Grant sticks to more familiar and comfortable subject matter -- love and lust, something that wasn't completely by happenstance. "I was extremely inspired by Solange's project that it forced me to write. It enabled me to dig deeper within myself and become a more personal artist. I connected with her words and felt her emotions; hopefully my spin on the music will do the same for somebody else,” he revealed via press release.

The interesting thing is that it somehow works, thus proving that timely subject-matter aside, Solange's album provided us with some of the most versatile musical compositions of 2016. Though in her hands each track felt pointed, Grant softens the edges while highlighting the music's hip-hop influences. Grant's nassally, yet confident delivery is his best asset as he paints clear pictures of some of a relationship's most intimate moments while also namedropping the likes of Aaron Neville. Lend your ear to this impressive cover project and see for yourself if Nick Grant has earned his own seat at the table.