Rapsody Shows You How To Wear Your ‘Crown’ 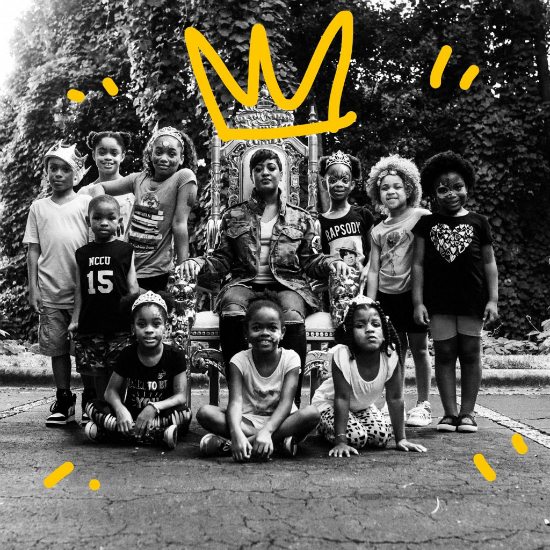 Rapsody is having a pretty good year. She's contributed to a GRAMMY-winning album; collaborated with the likes of Talib Kweli, Shawn Stockman and Big K.R.I.T.; signed with Roc Nation and has made a name for herself through it all. You could say she's living her year of "yes," and it's working for the North Carolina-bred femcee. She just released her new EP, Crown, and unveiled a video to accompany the title track, which is bubbling with cute kids and positivity. Produced by Jamla fam 9th Wonder, the single opens with Rapsody giving sage advice about wearing your crown and surviving in this world as true kings and queens.

When the infectious beat drops, driven by percussion and sweet harmonies, Rapsody sits at the throne dropping gems while beautiful scenes of youth are sprinkled throughout. "Now I'm dropping jewels as if we gave up on the marriage / I know it's hard to handle we ain't came here in no carriage / The hood is for the rain and where they throw us is the barracks / Where we learn to master beats without a panther or a ferret," she raps. In the video directed by Cam Be, Rapsody enlists the help of Greene Central High School's Class of 2016. Rapsody is also a graduate of the Snow Hill, NC, school and used the video clips for a mentoring project for President Barack Obama's "My Brother's Keeper" initiative. Also in the video are scenes of fathers with their kids wearing oversized crowns. This makes us happy.

With 10 tracks to choose from, her EP features guest spots from Moonchild, Ab-Soul, Anderson .Paak and Raphael Saadiq. Whether you're a king or a queen, it looks like Rapsody's latest project is for everybody and will give you that jolt of positive vibes you've been looking for. You can cop Crown on Audiomack or listen to it below after watching her new video for "Crown" right here.