Ride The Wave With Kid Cudi As He Goes ‘Surfin” 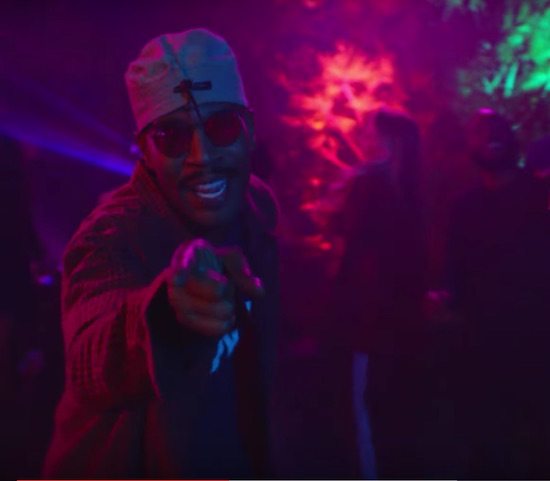 Kid Cudi's name has been in headlines lately, but not for reasons one would expect. First, he took shots at both Kanye West and Drake in a Twitter rant before checking himself into a rehab facility a short time later in order to seek treatment for depression and suicidal thoughts. While the majority of responses were positive regarding his revelation, it wasn't enough to stop Drake from firing back in his latest song, which then led Cudi to hop on Twitter from rehab (who even knew you could do that?) in order to challenge the 6 God to say it to his face. Whew. Still with us? With all the drama surrounding Cudi, it would be easy to forget that first and foremost, he is one of hip-hop's most boundary-pushing artists at the moment.

Luckily for fans, he triumphantly brings the attention back to his music and rightfully so with the fun single "Surfin'" featuring Pharrell Williams. In the buoyant song's music video, which was filmed before Kid Cudi checked into rehab, we find hime partying with celeb pals such as A$AP Rocky, Jaden and Willow Smith, Chip the Ripper, Hit-Boy and A$AP Nast. There are no bells and whistles needed here as we watch them dance around a sparsely-filled, neon-lit soundstage. As the camera zooms in-and-out of focus, Cudi confidently sings about creating his own lane and not being confined to labels. The song is a welcome turn from the darker, more alt-rock sound found on 2015's Speedin' Bullet 2 Heaven. Here, it's all drums, bass and marching band-worthy horns as Cudi raps and sings his way across the track. Presumably, Pharrell handles the production here because we never actually hear his voice on the song.

Truth be told, it's great to see Cudi laughing and having fun, especially considering the personal struggles he's been dealing with. However, the video also serves as a poignant reminder at how mental illness can be easily concealed. One would never guess by looking at this video that inwardly, Cudi was fighting his personal battle. His public revelation sparked conversations online about removing the stigma of mental illness within the black community.

Despite his taking time off for self-care, he's always held steadfast that he would be out in time to perform at ComplexCon in Los Angeles on November 5th. Judging by the fact that the new music is still rolling out, he seems on track to deliver both the performance and his latest album, Passion, Pain & Demon Slayin', as promised. "Surfin'" is the second single and video he has released from the album, due out soon on Republic Records/Wicked Awesome Records.