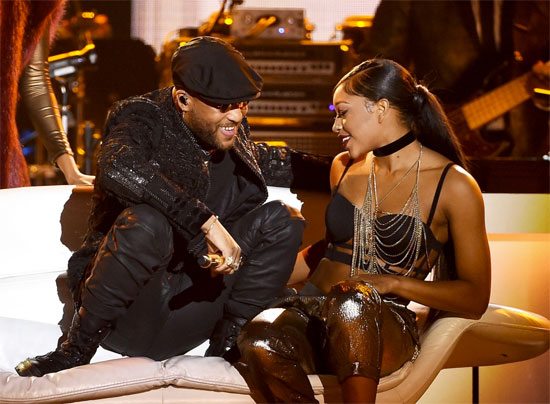 Ro James brought his sex appeal and a house party to the Soul Train Awards 2016 stage last night. The gritty R&B artist performed his singles "Already Knew That" and "Permission" to an audience primed and ready to give him the green light. Ro started his performance with a loose re-creation of his video for "Already Knew That," mimicking a house party with hot dancers writhing on the couch props as he sang smoothly to the one who could hold his attention the longest.

After getting the crowd warmed up, he transitioned into his hit single "Permission" as the stage went pitch black and the party cleared out. Ro was then joined by a lone dancer, decked out in black lace, as he seductively sang "Permission" to her during their one-on-one session.

During his performance we caught the likes of Tank, Keke Wyatt and India.Arie grooving and getting into the cool vibes Ro decided to serve them. If you're looking for more where that came from, Ro's debut album ELDORADO may just be what you need. Catch Ro James' national television performance debut, and watch him put the audience in a trance when you press play.