Snoh Aalegra’s New Song Is Giving Us All The ‘Feels’ 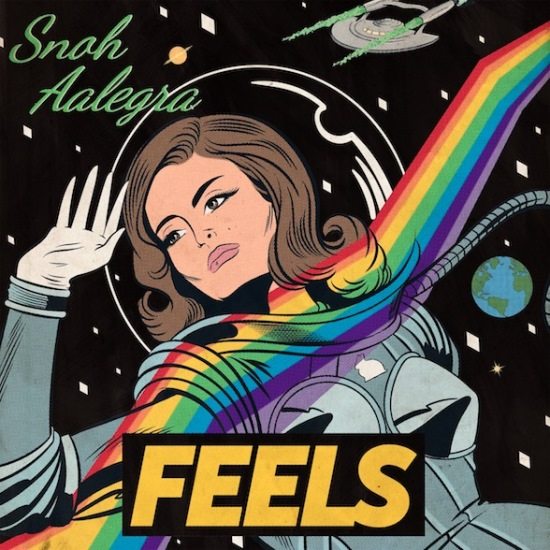 Snoh Aalegra describes her sound as cinematic soul, and we couldn't agree more. From our first introduction on 2014's There Will Be Sunshine to her remarkable mini album Don't Explain released earlier this year, we've been captivated by the art of her storytelling – particularly because the smoky warmth of her voice leaves us spellbound. So the recent announcement of a new EP is welcome news, especially since it comes with a preview by way of new single "Feels."

Earlier this year, she revealed that Don't Explain was based on an intense romance that she had where, "The highs were really high and the lows were low." If "Feels" is any indication, we suspect that the upcoming project will pick up right where she left off. Guided by a steady drum beat, her dreamy vocals float over a sea of orchestral strings (reminiscent of the arrangement on Stevie Wonder's "My Cherie Amour"), adding even more refinement to her vintage sound. It's clear the Swedish songbird has fallen head over heels as she sings, "But I just feel, why argue with what’s in my heart?/ I never knew all of these feels."

We're definitely feeling this No I.D.-produced track, so we're hoping the trail of crumbs she's been leaving on her social media pages means that a video won't be far behind. In the meantime, you can listen to the song below and purchase it via iTunes. Before the song's release, Snoh Aalegra shared, "I’m sitting on so much unreleased music and I can’t wait to put it all out." Having already worked with Common, James Fauntleroy, Christian Rich, Miguel Atwood-Ferguson, John Mayer and RZA – not to mention writing contributions from Sia and Sam Dew, that steamy "Cruel Intentions" remix with JMSN, plus her recent stint as opening act for Mayer Hawthorne's Man About Europe Tour – we can't wait to hear (and see) what Snoh comes with next.