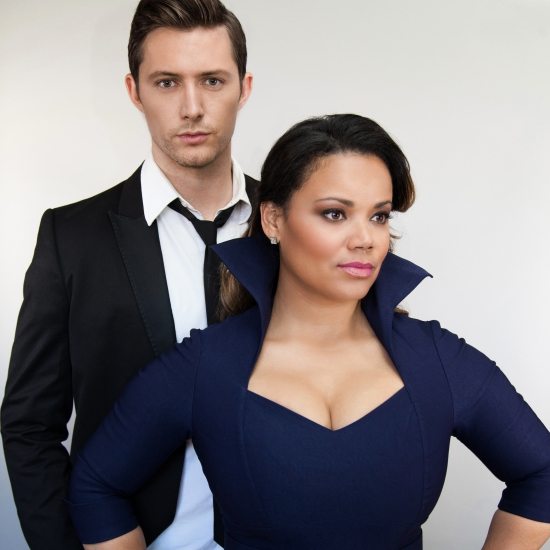 Kimberley Locke is a name that we haven't heard in a while. The talented American Idol alum, who was a runner-up on the show's second season and subsequently released hit single "8th World Wonder," hasn't just been cooling her heels in the years since, though. She's managed to release a few albums and even started her own company, I Am Entertainment. Now Kimberley is back and she's making it known that she's a force to be reckoned with on a dramatic cover of "Dangerous Woman."

While the Ariana Grande number isn't a track that we'd expect Kimberley to gravitate to, the vocalist definitely makes it her own. Her voice is in top form on the track, ranging from breathy lows to soaring highs  effortlessly while painting a picture of a confident and very grown woman asserting control over her desire. Meanwhile, producer Bond Villain amps up the drama with his production. He begins the track with soft piano as Kimberley coos. Soon, though, he adds more layers with urgent strings, buzzing guitars, building horns, hand claps and a kitchen sink's worth of other elements. While that may seem like a lot, Kimberley's voice remains the focus here, cutting through the mix and growing in intensity until the song's climactic finish.

“First of all, the song was chosen based upon the lyrics and the vibe," the singer says of her decision to make the cover. "It’s a powerful song and Ariana did a great job, but my vocal style is completely different and I thought I could bring my own version of a very real, grown woman performance to it ... For me, it feels like uncharted territory as this is a style that I have not dabbled in…and I like it.”