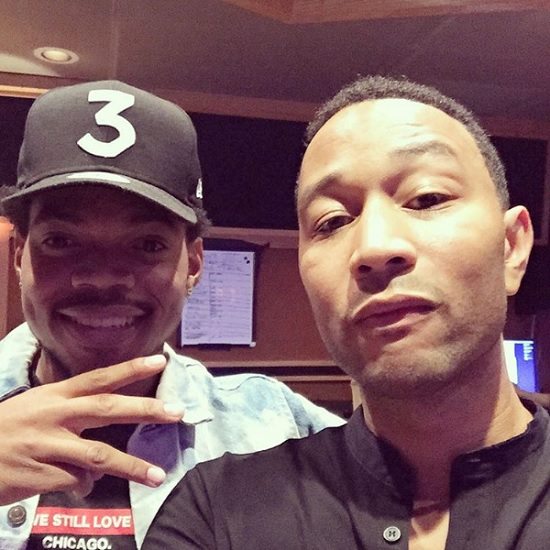 After dropping off the lead single "Love Me Now" and its video, John Legend is moving full steam ahead in prepping us for his fifth album Darkness And Light. Now, for our latest taste of what's to come, Legend heads to Chi-Town to collaborate with everyone's favorite Windy City rapper who's not named Kanye West, Chance The Rapper. The two come together for Darkness And Light's new single "Penthouse Floor" and make it an affair to remember.

"Penthouse Floor" is a two-steppable jam on which John lures us in with a guitar groove and mid-tempo bop that gets us in his rhythm. From there, he sings of escaping "all this s**t going down" for an intimate rendezvous in his penthouse, where the troubles of the world will fall away amid a sea of bubbly above the lights of the city. Chance, meanwhile, is in a jovial mood, starting his rap with a cute knock-knock joke before settling into his guest 16. However, while the message of the song seems to be about logging some personal time, if you listen a little closer, you'll find that maybe, just maybe, John and Chance might be talking about sparking a revolution as much as their talking about creating romantic sparks.

Give "Penthouse Floor" a spin and let us know what your interpretation of the song might be. Darkness And Light is set for release on December 2nd.