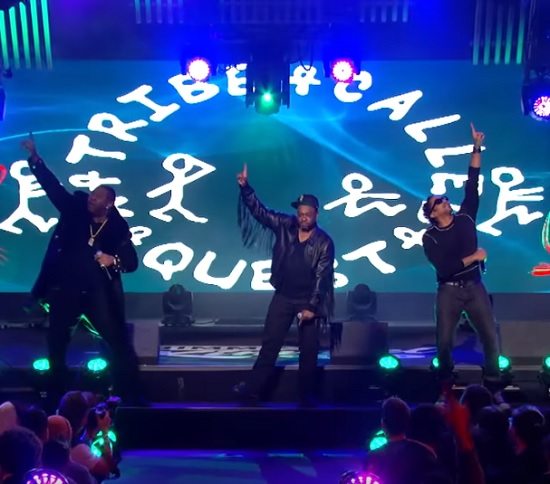 As the year wears down to its inevitable conclusion, we're reminded of the two constants that 2016 was comprised of — a continuous sense of loss and a continuous stream of exceptional music. One group that knows both quite well is A Tribe Called Quest. Still reeling from the loss of Phife Dawg, the group soldiered on and released their We got it from Here...Thank You 4 Your service, their first effort in 18 years, to critical acclaim and the delight of their fans. The group has also been making the promotional rounds for the set, hitting Saturday Night Live in November and gracing the Jimmy Kimmel Live! stage on Friday.

Q-Tip, Jarobi and Ali Shaheed Muhammad all took the stage along with honorary members Busta Rhymes and Consequence to bring the noise with a medley of We got it from Here tracks "Dis Generation" and "We The People." Just like the SNL performance, the crew brought the energy, with the fellas clad in all black while moving all over to get the crowd hyped. And each time Phife's voice was heard, they stopped what they were doing to make sure to point to the sky in reverence of their missing brother.

Unfortunately, only the performance of "Dis Generation" is available to view online. Hopefully the good people at Kimmel won't be complete grinches and will give us the full performance before the holidays arrive. Until then, check out the first half of Tribe's medley below. 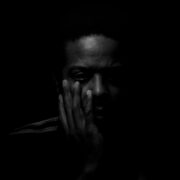