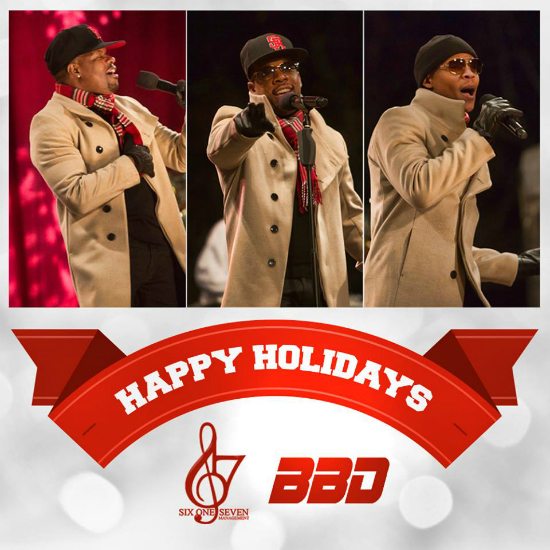 Since it's the holiday season, we're starting to hear more jingling bells from some of our favorite artists. Bell Biv DeVoe join the likes of Tank and Boyz II Men, putting their bid in now to give you some soulful cheer just in time for Christmas. Ricky Bell, Michael Bivins and Ronnie DeVoe took to the crates to dust off their New Edition single "Happy Holidays to You," which was released on their holiday album Christmas All Over the World back in 1985. The 2016 version only features the three members but carries as much cheer -- and as many bells -- as the original. "People really need one another / Man, Woman, Boy, Girl, Sister and Brother / We wish you, Wish happy holidays to you," the group harmonizes.

You can't go wrong with a nice holiday ditty from some of your long-time faves, unless you're getting your Scrooge on, of course. The trio, who sound just as good as they did in the '80s and '90s, are readying their first album in over 15 years. Three Stripes is set to be released January 27, 2017 via eOne Entertainment and will include their recent release, the '90s-inspired single "Run." If you're ready to hear what kind of holiday BBD wants you to have, listen to "Happy Holidays " right here and jingle all the way to the group's smooth harmonies.